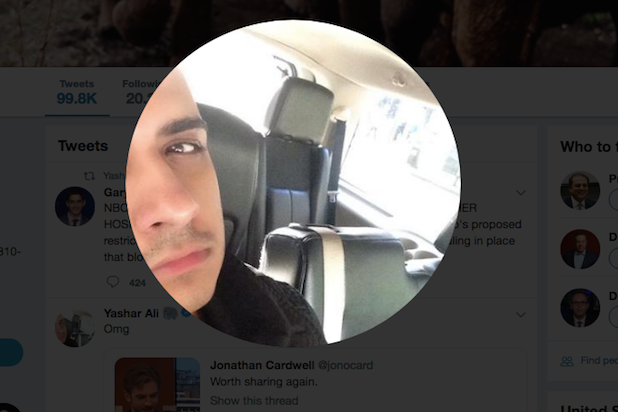 Reporter and Twitter superstar Yashar Ali must have an enormous linen closet. Chrissy Teigen, on the other hand, might be doing her towel game all wrong.

In response to a popular astro-photographer’s question as to how many towels he and his girlfriend should co-own, Ali tweeted out what basically makes up an entire “Bath” section of a Bed, Bath & Beyond. He wants a couple to own “10 Bath Sheets, 10 Bath Towels, 10 Hand Towels, 20 Wash Cloths” or “Preferably more.”

Teigen thinks Ali crazy, “20 wash cloths?????” she responded. “yashar. this is too many wash clothes. is this for the whole household?”

And then there are a bunch of people who just have Asha’s question:

What’s the difference between a bath sheet and a bath towel??

Yashar schooled them, which is when Abdul got back into the whole thing.

omfg i just now realized that my favorite towel is…. a bath sheet. what the hell pic.twitter.com/8AlcskNZYs

Plus, people got jokes.

Did a towel write this https://t.co/MjmoaHk1lm

Is … is this a couple that regularly murders people and has to clean up a lot or?

At one point, the replies were coming in so hot that Ali called for backup from — who else? — Oprah to say he wasn’t alone. “Oprah help me out! Please. Everyone is attacking me and I need some support on this towel debate.” His cry for help went unanswered.

hello fellow adults. my gf and i have a question… what is the correct amount of towels to own? i said 10 and she looked at me like i was crazy. we have zero frame of reference on the appropriate amount of towels in a household of two.

Most people, aside from Ali, responded somewhere in the ballpark of three sheets and towels.

And despite Teigen’s incredulous response to Ali, it seems like it ended on a good note. Teigen told Ali she’ll send him a washing machine for his birthday in November. You know, to handle all those fancy bed sheets.

Hollywood's Crazy 2018 on Twitter, From Least to Worst Consequences (Photos)

The power of a tweet has never been stronger in Hollywood. One wrong step and you can lose your job, your fans and, in some cases, your career. TheWrap has put together a list of Hollywood tweets that have proven costly in 2018.