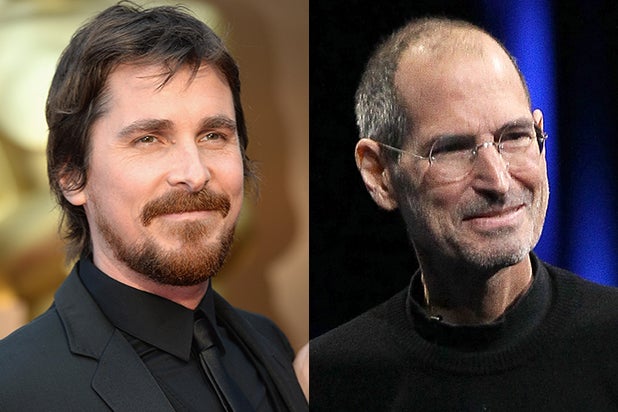 Christian Bale may play Steve Jobs in Sony’s Aaron Sorkin-scripted biopic after all. The actor is now in talks for the role for director Danny Boyle, an individual with knowledge of the project told TheWrap.

As TheWrap was the first to report, Bale has been the top choice for the part of the late Apple founder ever since the project was announced, and David Fincher was especially keen on the actor when he was in talks to direct.

Boyle previously held talks with his “The Beach” star Leonardo Dicaprio to take the role, but that fell through and Bale is now back in the conversation, pending scheduling.

See video: Christian Bale Is the Chosen One in New ‘Exodus: Gods and Kings’ Trailer

Scott Rudin and Mark Gordon are producing with Film 360’s Guymon Casady. Sorkin’s script is based on on Walter Isaacson’s book, which was authorized by Jobs himself.

Bale, who won an Oscar for David O. Russell’s “The Fighter,” will next be seen in Ridley Scott’s “Exodus: Gods and Kings” and will voice the jaguar Bagheera in Warner Bros’ “Jungle Book: Origins.” He is represented by WME.