Scott Cooper’s “Out of the Furnace,” a thriller starring Christian Bale, Casey Affleck and Woody Harrelson, will make its world premiere at the 2013 AFI Fest in Hollywood, part of an expanded group of centerpiece galas that will also include a screening of Ben Stiller‘s “The Secret Life of Walter Mitty” and a tribute to Bruce Dern coupled with a screening of Alexander Payne‘s “Nebraska.”

“Out of the Furnace,” co-written by Cooper and Brad Ingelsby and directed by Cooper, follows a pair of brothers, with the older sibling (Bale) forced to go head-to-head with a vicious crime ring when his younger brother disappears.

The film is scheduled for release by Relativity on Dec. 6. In addition to Bale, Affleck and Harrelson, the cast includes Sam Shepard, Zoe Saldana, Forest Whitaker and Willem Dafoe.

It is Cooper’s first film since “Crazy Heart,” for which Jeff Bridges won an Oscar.

See video: Christian Bale Is an Unmasked Vigilante in ‘Out of the Furnace’ Trailer

Payne’s “Nebraska” stars Bruce Dern as a man who is convinced that the sweepstakes letter he’s received guarantees him $1 million, and who takes a road trip with his son (Will Forte) in an attempt to claim his winnings.

The film, which won raves at Telluride and for which Dern was named best actor by the Cannes jury, will be accompanied by a tribute to the veteran actor, whose career encompasses everything from killing John Wayne in “The Cowboys” to winning an Oscar nomination for “Coming Home” and an Emmy nod for “Big Love.” 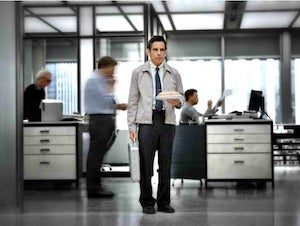 “The Secret Life of Walter Mitty” (left) is director-star Ben Stiller’s adaptation of the James Thurber story, which served as the inspiration for a 1947 movie starring Danny Kaye. Stiller’s co-stars include Kristen Wiig, Shirley MacLaine, Patton Oswalt and Sean Penn.

The film premieres on Saturday at the New York Film Festival and has picked up strong advance buzz from early screenings.

Previously announced films scheduled for AFI Fest, which is presented by Audi, include John Lee Hancock’s “Saving Mr. Banks” and the Coen brothers’ “Inside Llewyn Davis.” A scheduled gala screening of Bennett Miller’s “Foxcatcher” has been canceled, because the film has been delayed until 2014.