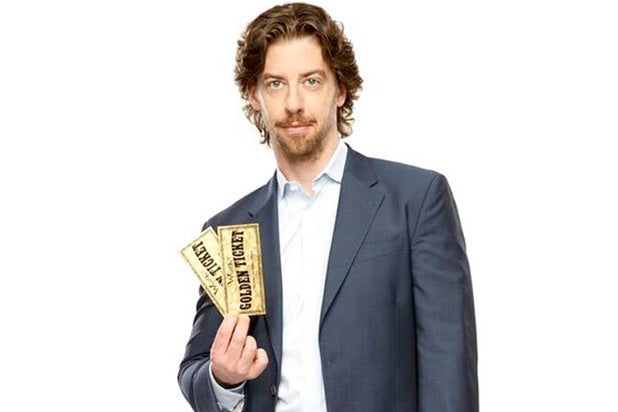 “Smash” alum and two-time Tony winner Christian Borle will star as Willy Wonka in the Broadway musical version of “Roald Dahl’s Charlie and the Chocolate Factory” beginning next spring.

Borle, who won Tonys for playing a pirate in “Peter and the Starcatcher” and a pompous William Shakespeare in “Something Rotten!” will take over the role of the slightly creepy candyman that Gene Wilder made famous in the 1971 movie adaptation of Dahl’s children’s fantasy novel.

The production is set to begin performances in March 2017 at the Lunt-Fontanne Theatre. Warner Bros. Theatre Ventures, Langley Park Productions and Neal Street Productions are producing.

Tony and Grammy winner Marc Shaiman (“Hairspray”) wrote the music, and co-wrote the lyrics with Scott Wittman. The book is by David Greig, artistic director of Edinburgh’s Royal Lyceum theater.

“Christian was the first — and in truth, perhaps the ONLY person I could imagine to create the role of Willy,” O’Brien said in a statement. “His combination of child-like fantasy, edge, mystery, and sheer star power seemed destined for this role. I confess I prayed a lot!  But this one, at least, was answered!”

On Monday, the producers also announced a new design team for the Broadway production, which opened in London three years ago to mixed reviews under the direction of Sam Mendes, with Peter Darling providing the choreography.

Mark Thompson (“A Raisin in the Sun”) will design the sets, Japhy Weideman (“Bright Star”) will do lighting design, Basil Twist (“The Pee-wee Herman Show”) will do puppet design and Tony winner Doug Besterman (“Aladdin”) will provide orchestrations.