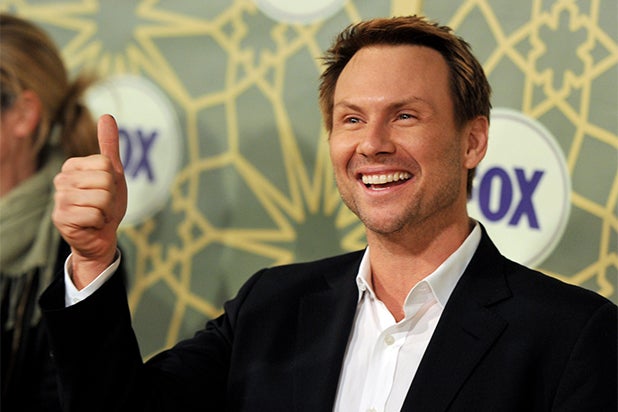 This should make things awkward at the next Slater family gathering.

“Mr. Robot” star Christian Slater has been sued by his father, who claims that he’s been slandered, libeled and defamed.

In the suit, Thomas Knight Slater — who also goes by Michael De Gainsborough and Michael Hawkins — claims that the younger Slater described his father as suffering from manic-depressive schizophrenia in an interview last year.

Also Read: Bill Cosby Countersues 7 of His Accusers for Defamation

The suit, filed in Los Angeles Superior Court on Wednesday, claims that the claim is the latest chapter in “an ongoing slandering, libeling and defaming” of the elder Slater, who claims to have been “blacklisted in the show-business community … he can no longer find work, which has been the case for decades now.”

The elder Slater has worked occasionally as an actor under the name Michael Hawkins, appearing on series including “As the World Turns,”  “Search for Tomorrow” and “Ryan’s Hope.”

The lawsuit states that neither defendant “has a medical credential, or the ability to diagnose manic-depressive schizophrenia.”

A spokesperson for Slater has not yet responded to TheWrap’s request for comment.

Alleging slander, libel, defamation of character, invasion of privacy and other counts, the suit is seeking “compensatory damages not less than $20 million.”