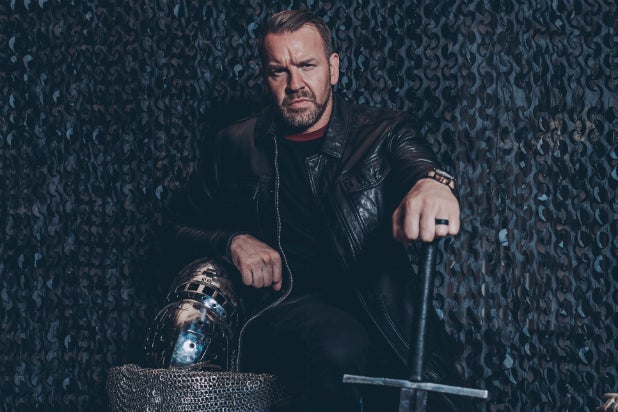 Ex-WWE Superstar Jay “Christian” Reso has a new gig in the world of sports/entertainment, and while the former heavyweight champion’s new job is safer than his old in-ring one, the competition is anything but.

“It’s brutal and it’s beautiful — I was blown away when I saw it in person,” Reso told TheWrap of the armored battle presented by his new History series “Knight Fight.” “The intensity, how bad these guys want to win. It reminded me in a sense too of independent wrestling when I was first breaking in. Traveling all over, making very little money — but you couldn’t tell me otherwise, I loved doing it.”

“Knight Fight” invites fighters from the Armored Combat League to basically bludgeon the living hell out of each other for a few rounds with medieval weapons. The axes and swords are blunted, so nobody is getting their head chopped off, but the battle and its bruises are real. The last man standing wins $10,000 and moves on to the finals.

“The reality is you’re getting hit with legit size/scale/weight,” the show’s host and one of its three judges said of the instruments of pain. “There are guys that went to the hospital after the show was over because they were hurt.”

But which would weapon in the armory would Reso choose for a fight?

“I’ve gotten to handle a lot of these weapons and they’re impressive. When you put them in your hands it’s a different feeling,” he said. “For me, not the biggest guy and not the smallest guy, but I would like something that’s kind of an in-between.”

“If you’re asking me what I would pick [Editor’s note: Again, we were], I think I’d pick the mace,” Reso continued. “I like the weight on the end of it but it’s also versatile — you could move it around, you could block with it, and you could do some damage when you caught somebody with it.”

Also Read: 7-Time WWE World Heavyweight Champ Edge on Where He Ranks, Size-Wise, in the Land of 'Vikings'

As to how that one worked out, Reso simply called it “random luck for us.”