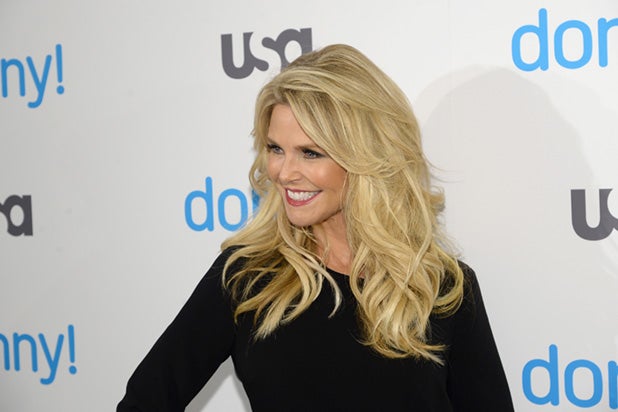 Christie Brinkley has withdrawn from ABC’s “Dancing With the Stars” after sustaining an injury during rehearsals that required surgery to her wrist and arm, the network announced Monday.

The former supermodel will be replaced on Season 28 — which premieres on Monday — by her daughter Sailor Brinkley-Cook.

Brinkley-Cook, like her mom a Sports Illustrated model, “has chosen to quickly step in with hours to learn the entire routine and will compete in her mother’s place for the remainder of the season,” the network said in a joint statement with BBC Studios, which produces the reality competition series.

The statement concluded: We wish Christie a full and speedy recovery and look forward to seeing her in the audience, whenever possible, proudly supporting Sailor.”

Here is the full updated list of stars set to compete for the Mirror Ball trophy:

And the professional dancers they’ll waltz, tango and twist with:

Also Read: Tom Bergeron Says He and ABC 'Agree to Disagree' on Sean Spicer's 'Dancing With the Stars' Casting

This time around, ABC is not spilling the beans on which star is paired with which pro until the season premiere.

“Dancing With the Stars” Season 28 debuts on Monday, Sept. 16 on ABC at 8/7c. Tom Bergeron and Erin Andrews are set to return as hosts, along with judges Len Goodman, Bruno Tonioli and Carrie Ann Inaba.