Christina Aguilera is the latest person to publicly declare her support for fellow pop icon Britney Spears as Spears fights to leave her legally binding conservatorship.

The singer posted a series of tweets Monday evening expressing her thoughts on Spears’ conservatorship.

“These past few days I’ve been thinking about Britney and everything she is going through. It is unacceptable that any woman, or human, wanting to be in control of their own destiny might not be allowed to live life as they wish,” Aguilera said. “To be silenced, ignored, bullied or denied support by those “close” to you is the most depleting, devastating and demeaning thing imaginable. The harmful mental and emotional damage this can take on a human spirit is nothing to be taken lightly.”

Spears testified via phone before a Los Angeles court last week and told the court she was “so angry, it’s insane” and has spent years under an “abusive” conservatorship system that put her on birth control against her will and forced her to tour while sick, among other shocking details.

After testifying, Spears went on a brief vacation to Hawaii while messages of support from her sister Jamie Lynn Spears, fellow stars like Mariah Carey and even ex-boyfriend Justin Timberlake poured in. 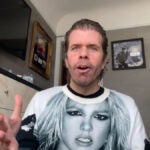 Aguilera also said that she believed that Britney was being abused through the conservatorship by her father, James “Jamie” Spears, who has kept her under the agreement since 2008.

“The conviction and desperation of this plea for freedom leads me to believe that this person I once knew has been living without compassion or decency from those in control,” the five-time Grammy Award-winning artist said. “My heart goes out to Britney. She deserves all the TRUE love and support in the world.”

Take a look at the full series of Aguilera’s moving tweets below.