Gossip blogger Perez Hilton recently apologized to Britney Spears for his past jokes and comments mocking Spears’ mental health struggles, but his comments have some fans thinking he’s not that innocent.

Some of Britney’s fans immediately recalled Hilton’s history of bashing Spears publicly in the press. As the LA Times noted, Hilton tore Britney apart and called her an “unfit mother” in 2007 after her very public mental breakdown — the same incident that eventually culminated in Britney’s conservatorship, which she calls “abusive.” In 2008 after Heath Ledger died and the same year the conservatorship was established, Hilton made shirts that said “why wasn’t it Britney?”

Even as recently as last year in his memoir “TMI: My Life in Scandal,” Hilton called Spears “an embarrassment” and chalked up her struggles to her “party lifestyle” instead of mental health issues.

But since Britney’s bombshell testimony in open court this week — and the New York Times documentary “Framing Britney Spears” came out — people have become far more aware of the pop singer’s intimate mental health history and how the legal battle affects her daily. This new information appears to have Hilton changing his tone. 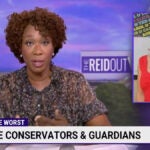 In an interview with UK-based Sky News, Hilton (whose real name is Mario Lavandeira) said, “I can’t say I was just young and dumb. I think we know a lot more. And initially, many folks, myself included, were shocked and alarmed and especially concerned for her young children.” He continued, “I know I did not express myself as well as I could have. I didn’t lead with empathy and compassion, which thankfully seems like most people now are understanding the severity of Britney’s situation. I absolutely apologize and carry deep shame and regret.”

Separately, Hilton recorded a lengthy video Wednesday he titled “My Message To Britney Spears And The Free Britney Movement,” and said, “Today I have been getting so much hate and bullying from people who were and are upset about how I used to talk about Britney Spears. And my message to all those people is: f— you! It just does not compute that you’re going to bully someone for bullying somebody in the past. How does that make you any better than what I did? I fully own how reprehensible I used to be in the day.”

Not everyone believes that Hilton truly had a change of heart, though, and people have jumped to point out that he’s part of the larger tabloid and gossip machine that led to Spears’ oppressive legal situation in the first place. 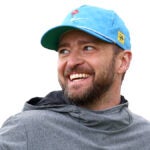 Also Read:
Justin Timberlake Says ‘We Should All Be Supporting Britney at This Time’

“One of the main reasons why Perez Hilton was as relevant as he was in the mid-aughts was because he profited off of many female starlets’ trauma, addiction, and mental health struggles,” writer Morgan Jerkins tweeted. “He wasn’t some great interviewer. He wasn’t offering astute culture criticism. He was a bully.”

Then Kathy Griffin weighed in: “Yup. With me, it was drawing a penis in my mouth, etc. He’s deeply misogynistic. He was never even clever or snarky. Just a sad, talentless manboy who glories in taking women down. And yet, always wanted to photographed with me and the other females he harassed.”

Take a look at some of the reactions to Hilton’s comments — as well as the original interview, below.