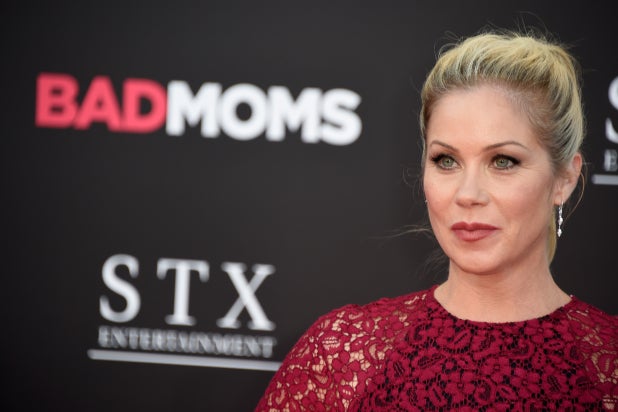 Christina Applegate will star and executive produce in Netflix’s dark comedy “Dead to Me” from Will Ferrell and Adam McKay.

“Dead to Me” is a dark comedy about a powerful friendship that blossoms between a tightly wound widow and a free spirit with a shocking secret.

Applegate will play Jen, a poised and put together woman with a dark sense of humor and an anger problem that she doesn’t necessarily want to deal with. Jen has been struggling to keep it together in the months since her husband was killed in a hit and run.

The series reunites Applegate with her “Anchorman” co-star Ferrell and McKay, who directed the film and its sequel, “Anchorman 2: The Legend Continues.” It’s her first starring TV role since the short-lived NBC comedy, “Up All Night.” Before that, she toplined another short-lived sitcom, “Samantha Who?” for ABC. On the small screen, Applegate is most known for portraying Kelly Bundy on Fox’s “Married … With Children,” which ran for 11 seasons.

More recently, Applegate starred in the female comedy “Bad Moms” and made an appearance in the sequel, “A Bad Moms Christmas.”

The series is produced by CBS Television Studios and Gloria Sanchez Productions for Netflix. Liz Feldman, a writer and producer best known for her work on “2 Broke Girls,” wrote the script and will be the executive producer and showrunner. Applegate, Ferrell, McKay and Jessica Elbaum will also executive produce.