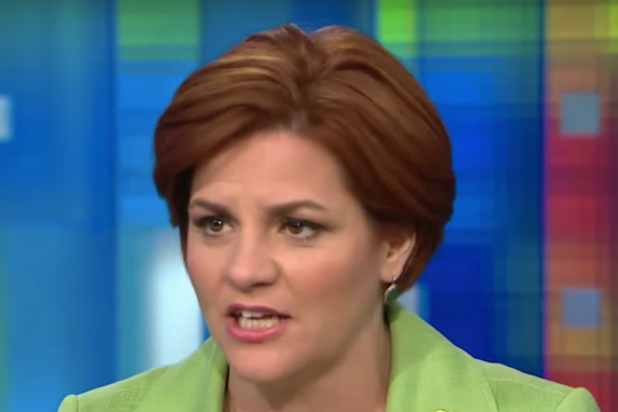 Former New York City Council Speaker Christine Quinn is under fire for referring to “Sex and the City” star Cynthia Nixon as an “unqualified lesbian” while blasting her candidacy for governor of New York.

“I’m surprised by this race. It’s a flight of fancy on her part,” Quinn added.

While Quinn may have been juxtaposing her sexuality alongside Nixon’s as a rhetorical flourish, the barb didn’t go over well. Reactions ranged from anger to mockery.

In a statement to TheWrap, Quinn said she didn’t intend to criticize Nixon for her sexual identity — especially since she is a lesbian herself:

Cynthia Nixon’s identity has no bearing on her gubernatorial candidacy and it was not my intention to suggest it did. I want to be clear about that. I would never, ever, criticize someone because of their identity. I’ve experienced that kind of criticism time and time again and I would never support it or condone it. As a lesbian who ran one of the most high-profile races in the country, I know what that’s like. And I know it’s imperative that we encourage more members of our community to run for office. Cynthia Nixon aggressively opposed my candidacy in New York, despite my qualifications for the office and despite my strong progressive credentials. I was attempting to make a comparison between the two of us. The real point I am trying to make is that qualifications matter and records matter. I do not believe she has the qualifications or the record.”

The second most fucked up thing about this Christine Quinn comment on Cynthia Nixon is that it reads like a prepared remark pic.twitter.com/m4Ej9XQiTw

24 hours in and this is a headline in this race.

This is remarkable. Was Quinn's close ally, Mike Bloomberg, a "qualified heterosexual" when he ran for mayor with no government experience? https://t.co/PhBFGAc4yk

If I did this kind thing I would change my twitter name to Unqualified Lesbian.

Nixon has promised to make Cuomo’s handling of the crumbing New York City subway system a central issue of her campaign.

“I love New York. I’ve never lived anywhere else,” she said in a promotional video released Monday. “But something has to change. We want our government to work again, on healthcare, ending mass incarceration, fixing our broken subway. We are sick of politicians who care more about headlines and power than they do about us. It can’t just be business as usual anymore.”