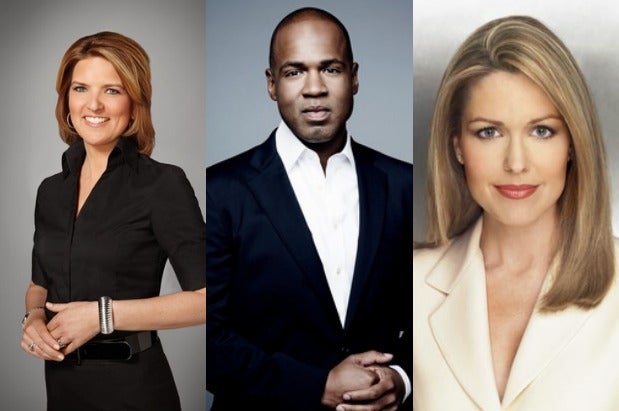 Christine Romans is joining John Berman as the co-anchor of CNN’s “Early Start,” and Victor Blackwell and Christi Paul have been named co-anchors of “New Day Weekend,” CNN announced.

“Given the audience’s interest in business news as the day begins, and markets across the globe have been open for hours, Christine will add a great dimension to the program that starts CNN’s programming day,” said Jeff Zucker, president of CNN Worldwide. “Plus, Christine’s fantastic rapport with John makes this a dynamic team for America to wake up to.”

“Victor and Christi have proven that they are consummate journalists and anchors,” said Zucker. “In expanding their roles, CNN is fortunate to have their depth of knowledge and breadth of experience to tell the compelling stories that people expect from CNN. Victor has been sitting in this seat for many months now, and we are thrilled to make this role official, and excited to pair him with Christi.”