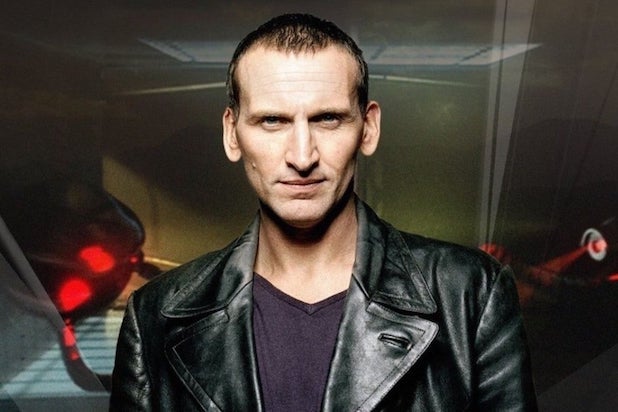 For the first time in 15 years, Christopher Eccleston is returning to “Doctor Who” in a new audio series featuring the Ninth Doctor.

Produced by BBC and longtime “Who” audio series team Big Finish, the upcoming series will be released in a four-CD box set starting in May 2021 and will also be available in limited edition vinyl. Each volume will also be sold as a digital download and is available for preorder now.

“After 15 years, it will be exciting to revisit the Ninth Doctor’s world, bringing back to life a character I love playing,” Eccleston said in a statement.

“I first talked to Christopher about returning to the role of the Doctor at a fan convention in February this year,” Big Finish chairman Jason Haigh-Ellery added. “Christopher said he was enjoying meeting the fans and was pleased that his Doctor was remembered so fondly.”

Eccleston’s tenure as the Doctor was short but pivotal to the transformation of “Doctor Who” from a beloved but dormant British sci-fi series to a revived global phenomenon. In 2005, Eccleston reintroduced the Doctor to a new generation as a man filled with regret, having lost his fellow Time Lords in an intergalactic war of which he was the only survivor. With the help of new companion Rose Tyler (played by Billie Piper), the Doctor was able to come to peace with his past before Eccleston handed off the role to David Tennant after one season.

Even when Doctors and companions leave the TV series, it’s common for them to lend their voices to Big Finish audio series, which have become popular ways for “Who” fans to enjoy new adventures with some of their favorite characters from the show’s past.

But Eccleston has had an uneasy behind-the-scenes relationship with “Who.” When he left the show in 2005, the BBC released a statement saying he was leaving because he was “tired.” The actor has said in interviews that the statement and BBC’s general handling of his departure led to a press backlash that affected him emotionally and hurt his feelings towards the show.

Also Read: 'Doctor Who': 13th Doctor Will Face the Daleks in the Next Holiday Special

“What happened around ‘Doctor Who’ almost destroyed my career,” he told The Guardian in 2018. “I gave them a hit show and I left with dignity and then they put me on a blacklist. I was carrying my own insecurities as it was something I had never done before and then I was abandoned, vilified in the tabloid press and blacklisted. I was told by my agent at the time: ‘The BBC regime is against you. You’re going to have to get out of the country and wait for regime change.'”

In 2013, Eccleston was asked to take part in “The Day of the Doctor,” a special celebrating the 50th anniversary of “Who” that would have seen the actor team up with Tennant and then-current Doctor Matt Smith. But Eccleston declined, saying that he felt that the script didn’t do justice to his Doctor and that the BBC still hadn’t apologized to him over what happened in 2005. Now, at long last, he will return to the show he helped resurrect.

“Doctor Who” airs on BBC America and will return with a new holiday special this winter.