Christopher Lloyd, best known for playing Doc Brown in the “Back to the Future” trilogy, has joined the cast of “The Mandalorian” Season 3, according to an individual with knowledge of the project.

Detais about Lloyd’s role are being kept under wraps. Production is currently underway on the third season in Manhattan Beach, Southern California.

Season 2 of “The Mandalorian” saw Grogu meeting trained Jedi Ahsoka Tano (Rosario Dawson), who tries to teach him a few skills, after which Grogu and The Mandalorian (Pedro Pascal) head out for more adventures. But at the end of the season, Grogu went off with Luke Skywalker to get some proper Jedi training. 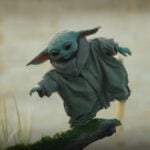 Also Read:
George Lucas Was Concerned About Baby Yoda’s Lack of Training in ‘The Mandalorian’

However, Grogu’s story continued in the recent Disney+ series “The Book of Boba Fett,” where we caught up with the character under his training with Skywalker. When last we saw Baby Yoda, he was defying his master’s wishes to go and help The Mandalorian and Boba Fett in a showdown with some bad guys on Tatooine.

Baby Yoda’s story will (likely) continue when “The Mandalorian” Season 3 rolls around, which doesn’t yet have a release date. The next upcoming “Star Wars” show coming to Disney+ is “Obi-Wan Kenobi” featuring Ewan McGregor, reprising his role from the prequel trilogy in a six-episode stint which premieres on May 25.