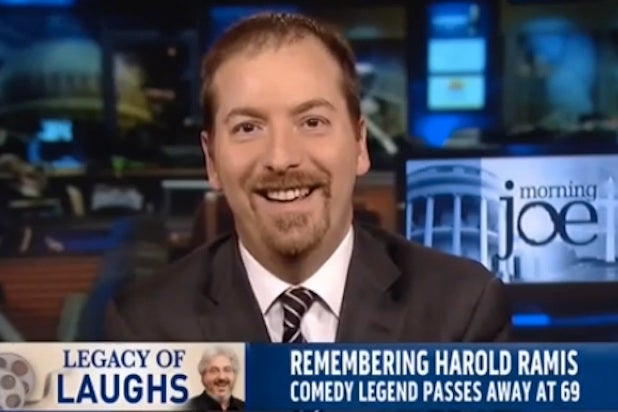 The media pundits who declared Chuck Todd the wrong choice after he struggled out of the gate on NBC’s “Meet the Press” might have to rewrite themselves.

Todd drew his highest-rated show on Jan. 18, drawing 3.051 million total viewers and 927,000 25-54 demo viewers. It’s the highest-rating for Todd’s “Meet the Press” tenure, which started in September. Overall, his performance this past Sunday was the highest rating for “Meet the Press” in 10 months, dating back to David Gregory’s embattled last few months as moderator.

Todd’s record day was good enough for second place, as CBS’s “Face the Nation” with Bob Schieffer came in first by a rather large margin in total viewers, attracting 4.2 million viewers and 1.1 million demo viewers.

It’s important to note that “Face the Nation” has the highest-rated Sunday morning news program as its lead-in — “CBS Sunday Morning” with Charles Osgood — which had its largest audience in 21 years on Jan. 18, delivering 6.79 million viewers and a 1.6 million demo viewers.

By comparison, “Meet the Press” has “Today” weekend as its lead-in; “This Week” has ABC local news; and “Fox News Sunday,” which airs on Fox at 10 a.m. ET, had a Joel Osteen special.

Debuting in September, Todd has made subtle changes to “Meet the Press,” which is the longest-running TV series in American history, debuting in 1947 and on radio in 1945. Under Todd, there’s been a renewed emphasis on the press, with the show opening zooming in on Todd with journalists surrounding him on a panel.

Todd has also ventured outside of the studio: in the buildup to the midterm elections, the moderator hit the road on a “Meet the Voters” tour, driving through the midwest and the south to speak to voters.

NBC executives definitely had a rough 2014 as rumors of David Gregory’s imminent exit dominated the media news cycle, but ratings numbers like Sunday’s are certainly sparking confidence they made the right decision.