David Lloyd, writer of "Chuckles Bites the Dust," the classic "Mary Tyler Moore Show" episode that saw the WJM-TV crew struggling to contain the urge to joke about the comic circumstances surrounding the death of Chuckles the Clown, has died. He was 75.

As viewers will remember, in the popular ’70s sitcom, Chuckles was shucked by an elephant while wearing a peanut costume in a parade. At episode’s end, Moore, who had previously lectured her stationmates for poking fun, finds herself erupting in laughter during the minister’s eulogy.

Lloyd, who received an Emmy Award in 1976 for penning what is routinely ranked as one of the top television episodes of all time, died Wednesday after a long illness. 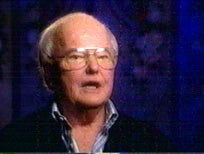 In a tribute to Lloyd on his personal blog, friend and "Cheers" co-writer Ken Levine wrote: "Most of what I learned about rewriting and pitching in a room I learned from observing David Lloyd. There’s never been anybody like him. He was a cyclone. Once a week, on his night to consult, he’d sweep into the room (wearing his customary white shirt with red pinstripes) and completely dominate it. Always bringing positive energy, very strong opinions (about EVERYTHING), hilarious anecdotes, and the jokes that would get the best laughs in the show."

In a career that spanned more than 30 years, Lloyd would go on to receive two more Emmy Awards (one more for his work on "Mary Tyler Moore" and another for "Frasier") and 10 nominations. He also wrote for "The Bob Newhart Show," "Cheers," "Wings" and "Taxi."

Lloyd’s son Christopher joined his father in the writers room as the showrunner for "Frasier" and later the creator of ABC’s new hit "Modern Family."

In addition to his son Christopher, Lloyd is survived by his wife, Arline; and his other children, Julie, Stephen (a  producer on "How I Met Your Mother"), Amy and Douglas; his sister, Sally Lloyd; and two grandchildren.

Lloyd, a Yale graduate, got his start crafting jokes for Jack Paar and "The Tonight Show" in New York before moving west to work on Moore’s show. Though he would go on to further critical and commercial success, it was his existentially brilliant work on "Chuckles" that ensured him television immortality.

Don’t believe it? Watch for yourself.