Chucky is back — and he’s gone high-tech.

The official trailer for the “Child’s Play” reboot was released Thursday, revealing a murderous doll for the digital era.

Yep, he’s still got a sharp knife and an evil blank stare as he did in the 1988 horror classic, but now Chucky is connected to the Buddi app that claims to introduce you to “your new best friend.” With friends like these, who needs serial killers?

Along with slashing innocent people, Chucky can now “connect and control all your digital products,” according to the TV talking head in the trailer.

If you think the voice of that eerie little doll sounds familiar, that’s because Luke Skywalker himself, Mark Hamill, voiced the blade-wielding toy.

The “Star Wars” actor joins Aubrey Plaza, Gabriel Bateman and Brian Tyree Henry in a contemporary re-imagining of the 1988 horror classic that follows Karen (Plaza), a single mother who gifts her son Andy (Bateman) with a Buddi doll, unaware of its more sinister nature.

“I think Chucky did something,” Andy tells his blissfully unaware mom. Now that’s an understatement.

“Polaroid” helmer Lars Klevberg directed the remake from a script by Tyler Burton Smith. “It” producers Katzenberg and Seth Grahame-Smith produce under their KatzSmith Productions banner, with Aaron Schmidt and Chris Ferguson serving as executive producers on the project.

Chucky first appeared in the 1988 film “Child’s Play,” which was directed by Tom Holland (no relation to the Spider-Man actor). The franchise spawned six sequels, the most recent being “Cult of Chucky” in 2017. In the previous films, the children’s doll becomes possessed by the soul of notorious serial killer Charles Lee Ray, but he appears to represent Silicon Valley tech corporations.

Orion Pictures plans to unleash the “Child’s Play” reboot in theaters on June 21.

Watch the trailer above and check out the new poster below. 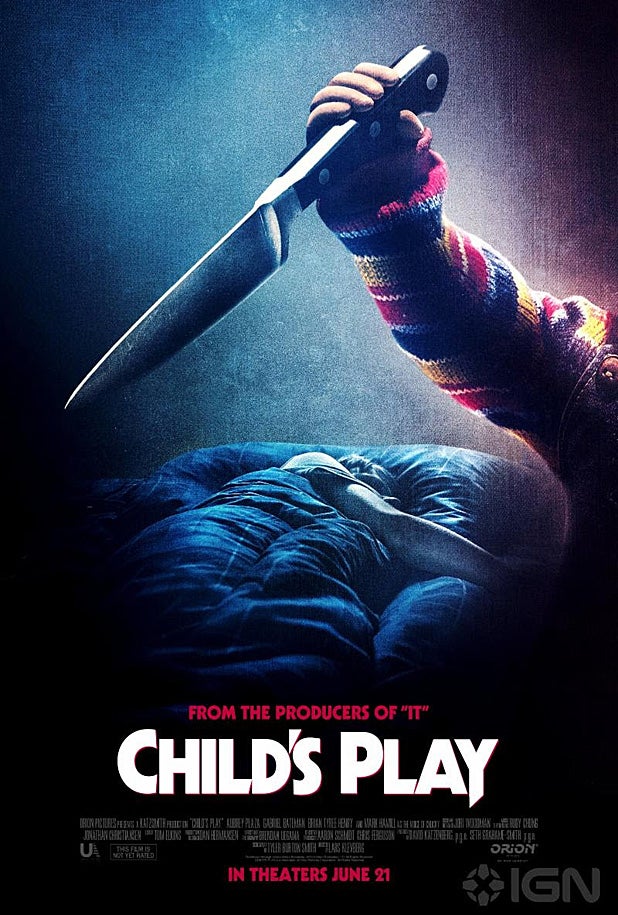