Chucky Thompson, a longtime music producer who worked with iconic artists like Mary J. Blige and Notorious B.I.G., has died at the age of 53. Fellow producer Young Guru posted the news to his Instagram on Monday, alongside a photo of the two together.

“There is nothing I can write that will take away this pain. I have to say RIP to my mentor, my big brother, the man who changed my life forever,” Young Guru wrote. “You were the kindest person the world has ever seen. You were the most gifted musician I have ever been around.”

Thompson served as a producer on Mary J. Blige’s Grammy nominate album “My Life,” as well as her eponymous album, “Mary.” Upon learning of Thompson’s passing, Blige posted a tribute to him on her Instagram as well, saying she has just spoken to him in July. 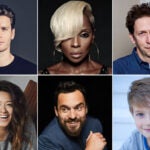 “We were discussing our plans to work together again. Chucky and I was and will always be a musical match made in heaven,” Blige wrote. “He knew everything I was feeling personally and when we worked on the ‘My Life’ and ‘Mary’ albums. He was an angel sent to help me weather my storm. Now my brother and my friend returned to where all angels and beautiful people like him come from.”

Thompson was born in Washington, D.C. and got his start in music playing with legendary go-go musician Chuck Brown and his band The Soul Searchers, later becoming one of the founding members of The Hitmen, Diddy’s in-house production team at Bad Boy Entertainment. Prior to his passing, a documentary about Thompson’s life was in the works.

“We’re working on my documentary, “Chucky Thompson Presents D.C. Go-Go.” It’s not the go-go music story; it’s my story with go-go music,” he told Grammy.com last month. “A lot of people don’t understand the music. They don’t even know what it takes to make a go-go record. I got a segment based on the music: another based on the movement where it’s been deemed the official music of the city, that process, and how it got there.”