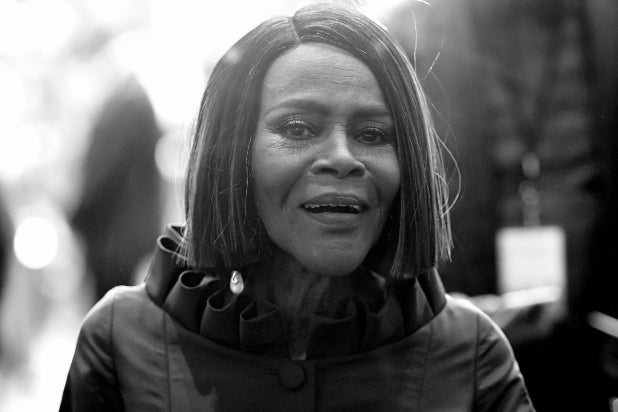 Cicely Tyson will be joining the cast of Ava DuVernay’s upcoming OWN anthology romance series “Cherish the Day” as a series regular.

Tyson will play Miss Luma Lee Langston, a legendary star of stage and screen in decades past. The “How to Get Away With Murder” star joins previously announced leads Xosha Roquemore and Alano Miller. Roquemore will play Gently James, Luma’s live-in assistant, and Miller will play, Evan Fisher, Luma’s romantic interest.

Each season of “Cherish the Day” will chronicle one couple’s romance, with each episode spanning a single day. The season-long narrative will unfold to reveal significant moments in a relationship that compel us to hold true to the ones we love, from the extraordinary to the everyday, according to OWN.

“Last November I was honored to present Ms. Tyson with her Honorary Academy Award, so to have the opportunity to work with this force of nature who has inspired multiple generations with her talent and grace is beyond anything I can describe,” DuVernay said. “I am over the moon that ​Miss Tyson will bring Miss Luma Lee Langston to life in ‘Cherish the Day.’ Each day that she walks on set is a master class.”

“Cherish the Day” is set to premiere in the winter of 2020. DuVernay is the creator and executive producer. The series comes from Array Filmworks from Warner Horizon Scripted Television.

In 1974, Tyson became the first African-American woman to win the Emmy for Best Lead Actress in a Drama for her lead role as Jane Pittman in “The Autobiography of Miss Jane Pittman.” Her other television roles include “The Oldest Living Confederate Widow Tells All,” “How To Get Away With Murder,” “Roots,” “King,” “Sweet Justice,” “The Marva Collins Story” and “A Lesson Before Dying.” Her film roles include “The Help,” and her Academy Award-nominated performance in “Sounder.” She is also the oldest living person to ever win an acting Tony for her role as ‘Carrie’ in “The Trip to Bountiful.” In 2016, former President Barack Obama presented Tyson with the Presidential Medal of Freedom for her contribution to the arts and American culture. She will be inducted into the Television Academy Hall of Fame in the fall of 2019.