“Fire of Love” and “The Territory” led all films in nominations for the 16th annual Cinema Eye Honors, awards that were established in 2007 to honor all aspects of nonfiction filmmaking.

“Fire of Love” is a documentary from Sara Dosa about scientists Katia and Maurice Krafft, set against the volcanoes they spent much of their lives studying; “The Territory” is director Alex Pritz’s look at an indigenous Brazilian tribe threatened by deforestation. Both films received seven nominations, tying the record for the most Cinema Eye noms in a single year.

Shaunak Sen’s “All That Breathes” received six nominations, while Laura Poitras’ “All the Beauty and the Bloodshed” and Payal Kapadia’s “A Night of Knowing Nothing” each received four.

In the Outstanding Nonfiction Feature category, those five films were joined by Daniel Roher’s “Navalny.” 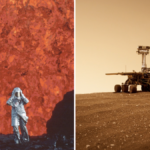 In the Outstanding Debut category, the nominees were “Bad Axe,” “Beba,” “I Didn’t See You There,” “A Night of Knowing Nothing,” “Nothing Compares” and “The Territory.”

Broadcast nominees were previously announced in October at the annual Cinema Eye Fall Lunch in Los Angeles, and include “Downfall: The Case Against Boeing,” “Four Hours at the Capitol,” “George Carlin’s American Dream,” “The Beatles: Get Back,” “We Need to Talk About Cosby” and “How to With John Wilson.”

In its early days, the New York-based Cinema Eye Honors was generally more adventurous in its choices than Oscar voters in the documentary category. In recent years, though, the Academy’s Documentary Branch has grown dramatically and gotten bolder in its own choices, with almost 60% of its nominees first being recognized in the top category at Cinema Eye. 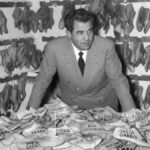 Winners will be announced at a ceremony on Thursday, Jan. 12 at the Museum of the Moving Image in Astoria, Queens, New York.

All the Beauty and the Bloodshed
Directed and Produced by Laura Poitras
Produced by Howard Gertler, John Lyons, Nan Goldin and Yoni Golijov

A Night of Knowing Nothing
Directed by Payal Kapadia
Produced by Thomas Hakim, Julien Graff and Ranabir Das

All That Breathes, Shaunak Sen
All the Beauty and the Bloodshed, Laura Poitras
Beba, Rebeca Huntt
Descendant, Margaret Brown
Fire of Love, Sara Dosa
A Night of Knowing Nothing, Payal Kapadia

All That Breathes, Ben Bernhard
Cow, Magda Kowalczyk
A House Made of Splinters, Simon Lereng Wilmont
A Night of Knowing Nothing, Ranabir Das
The Territory, Alex Pritz and Tangãi Uru-eu-wau-wau
Users, Bennett Cerf

The following were previously announced on Thursday, October 20, 2022 during the annual Cinema Eye Fall Lunch in Los Angeles.

The Beatles: Get Back
Black and Missing
Keep Sweet: Pray and Obey
LuLaRich
Mind Over Murder
We Need to Talk About Cosby

37 Words
The Beatles: Get Back
Four Hours at the Capitol
How to Survive a Pandemic
How To with John Wilson (Season Two)
We Need to Talk About Cosby

Four Hours at the Capitol
jeen-yuhs: A Kanye Trilogy
Playing With Sharks
Stanley Tucci: Searching for Italy (Season Two)
Tony Hawk: Until the Wheels Come Off