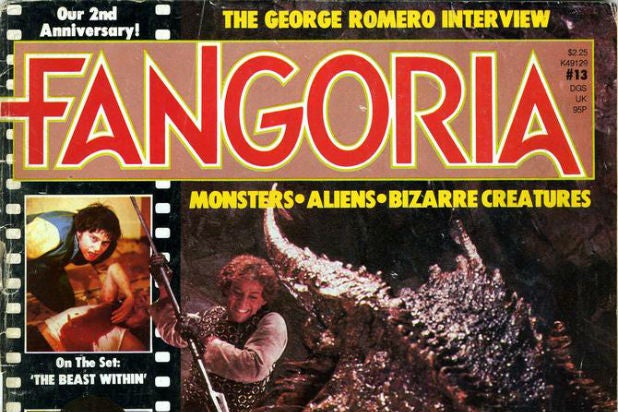 Fangoria Magazine is returning from its digital grave and back into print. Thanks to new investment, a new editor-in-chief, and a new publisher, the world’s highest-profile horror movie magazine will return as a collectible quarterly, with the first issue set to be released ahead of Halloween.

Cinestate, the Texas-based entertainment multimedia company behind “Bone Tomahawk” and “Brawl in Cell Block 99,” completed the deal to acquire all of the assets and trademarks of the Fangoria brand, including the magazine, from the Brooklyn Company. Cinestate CEO Dallas Sonnier and previous publisher Thomas DeFeo signed a deal that transferred the rights to Sonnier and Cinestate. Cinestate will develop Fangoria into a brand to produce movies and podcasts, as well as publishing horror novels.

Sonnier’s first move as publisher was to hire Phil Nobile Jr. as the editor-in-chief of Fangoria Magazine. Nobile was previously the editor-at-large for Birth.Movies.Death., and as a writer/producer for Stage 3 Productions, where he created a feature-length documentary on John Carpenter’s “Halloween.” Nobile will also act as the creative director for the entire Fangoria brand.

“There needs to be a Fangoria,” Nobile said. “The magazine was a constant presence in the genre since 1979 – and then one day it was gone. That felt, to us, tragically incorrect. Fango was, for multiple generations, a privileged window into the world of horror. It gave us access to filmmakers’ processes and secrets, opened our eyes to movies we might have otherwise missed, and nurtured a wave of talent that’s out there driving the genre today. I’m proud and excited to be part of the team that’s bringing this institution back.”

“We are fully committed to restoring faith in Fangoria with the horror fan community, so many of whom bought subscriptions, but never received their magazines. We have also been reaching out to previous Fangoria contributors to introduce ourselves and invite them back into the tent for future collaborations. This is a process, but we are confident in our ability to earn back trust and be good partners in a brand that personally means so much to so many awesome people,” said Sonnier.

Cinestate VP Amanda Presmyk will head up production on a slate of Fangoria-presented horror movies that Sonnier will bring to the table for Cinestate’s new label.