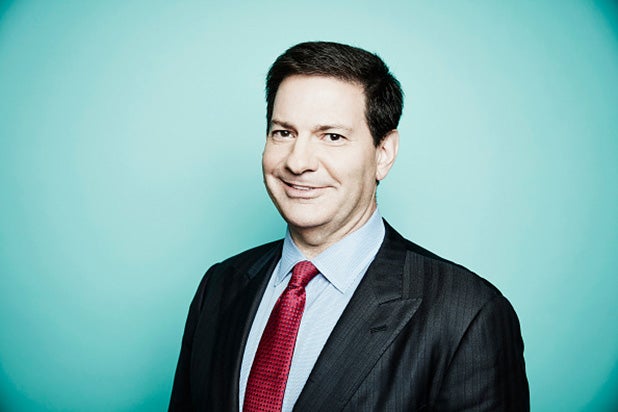 Take it from Mark Halperin, he knows a circus when he sees one.

The creator of Showtime’s hit docu-series “The Circus: Inside the Greatest Political Show on Earth,” said reporters should continue to attend White House press briefings, even if they increasingly feel like a high-wire act.

“I think the North Star in all these decisions for individual journalists or the press corps as a whole is, what is the public interest?” Halperin told TheWrap. “In general, conducting ourselves in a dignified way and demanding answers and accountability is the right thing to do, and generally that means showing up.”

In the nearly six months since Trump took office, the White House daily appearances have been demoted from briefings to the more casual and shorter “gaggles.” They are often held off-camera and, at times, reporters have been barred from using audio recordings during the proceedings.

Things got so bad, a clearly irritated Jim Acosta, CNN’s White House correspondent, vented on the air that Press Secretary Sean Spicer was getting to a point “where he’s kind of useless.”

“There could come a time that what’s in the public interest is to change course with how to get access or get honest answers,” Halperin said. “For now I think the answer is to continue showing up and push hard, but always keeping an eye on that objective of public interest.”

In the last couple of years Halperin, co-host John Heilemann and political consultant Mark McKinnon, have been following the circus of American politics in real time. Footage gathered during the week is then packaged and delivered each Sunday. The show has resonated on social media and is generating a fair amount of Emmy buzz.

“This is an unprecedented time in the country because of Donald Trump’s biography and his conduct and the passions that it has unleashed,” Halperin said. “I don’t know that ‘The Circus’ would have been anything like this with Reagan, Bush, Clinton, Bush or the Obama administrations.”

“This is history unfolding unlike anything we’ve ever seen, fueled by social media,” he added.

Halperin spoke to TheWrap about what it’s like covering Trump’s White House, whether or not the Russia scandal is this generation’s Watergate, and the one person he’s still hoping to book on his show.

TheWrap: Your first season was all about the 2016 election with its dramatic moments and unpredictable results. Were you worried about transitioning into a post-election Trump White House?

Halperin: There were some questions about using the same format of government and the country’s reaction to it without predictable events that had area of propulsion, would it still work? We were pretty sure it would, but not 100 percent. The Trump presidency is filled with dramatic events. There was never going to be a time when we had a week without a big event that had some narrative arc to them. As we said at the end of one of the episodes of this season: In the Trump Era, every week ends with a cliffhanger.

Is Washington sucking all the oxygen out of the room?

Washington seems to have all the elements of a well-crafted reality show, with villains and secondary characters and bombastic unscripted moments. Can reality shows even compete with what’s going on in D.C.?

Standard reality shows do not stand a chance against the uber reality of the Trump Administration.

Is the Russia scandal bigger than Watergate? Or is there still no comparison?

I can’t say it’s bigger than Watergate yet, or maybe ever, because we’ve had no indictment, no impeachment of the President… Certainly some of the storylines have parallels. But certainly Watergate and Iran-Contra are the biggest things like this we’ve seen.

Critics have noted that even if a third of what’s being reported is actually true, it’s hard to see a scenario where this administration manages to survive it. Do you agree?

There are certain things that even Donald Trump can’t survive. I don’t know if we’ll reach that bar, but it’s certainly possible… I’ve said for a long time that if Nixon had had Twitter he would have survived Watergate. There’s a certain ability in the digital air for a bad politician to pull their way through that in the past would’ve killed anyone. In part by creating distractions, in part by rallying the base and in part by targeting their opponents in a way that can be linked. Trump is an expert at all those things.

Is there one particular person you’d like to have on your show?

The answer to that is yes, but I don’t want to reveal it yet. In general, I still would love to interview [Vladimir] Putin, now that things are piling up and the U.S. government believes he played a role in the election. We are constantly looking to tell stories about how Americans react to the President’s time in office. I’m looking for that moment where we’re out on the road doing one thing and something happens and we’re able to capture in a very human, real way.

Both Oliver Stone and Megyn Kelly were slammed for their interviews with Putin. What would you do differently?

I watched both those interviews and I thought they were both great. I think armchair critics underestimate the difficulty of interviewing Putin. Putin is a really brilliant guy, and his ability to dodge questions is unparalleled. What I really would like to do is spend the day with him and go behind the scenes and see what his life is like. I think he’s pretty big on the international stage now.

What’s in store for Season 3? Do you have an idea of what you’d like to do? Or are you just following the drama wherever it takes you?