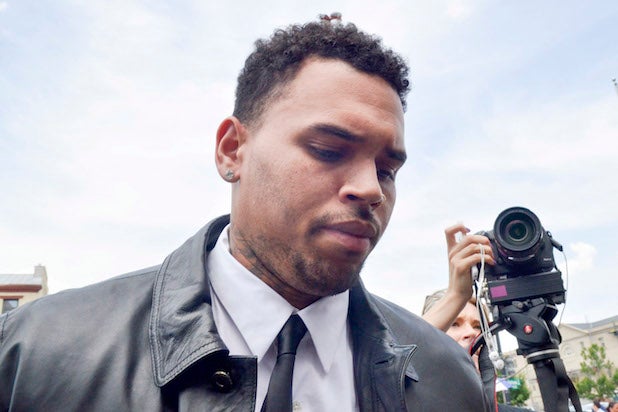 The Los Angeles County District Attorney’s Office and the LAPD disagree on whether a woman’s claim that she was assaulted at Chris Brown’s home is in the DA’s hands.

The LAPD told TheWrap on Wednesday that it has presented the case to the DA’s office. An officer added in writing Thursday that the DA was “reviewing” the case. But a spokesman for the district attorney’s office denied that anything had been presented to the office.

No criminal charges have been filed in the case.

Also Read: Chris Brown Sued by Woman Who Says She Was Sexually Assaulted at His Home

The disagreement comes after the filing of a woman’s civil lawsuit against Brown, as well as Lowell Grissom Jr., aka Young Lo, and an unnamed female defendant, on Wednesday.

According to the lawsuit, the female plaintiff and her roommate attended a concert at Los Angeles venue 1 OAK in February 2017. Grissom invited the roommate to a party at a recording studio, and the party then migrated to Brown’s home, the complaint said.

The suit alleges that the plaintiff was trapped in a bedroom, where the unnamed female defendant “violently grabbed Plaintiff by the throat and forced Plaintiff to perform oral sex on Grissom.”

According to the suit, the woman, who was naked, then pushed the plaintiff down onto a bed and pinned her while forcing her to perform oral sex on her.

“To compound Plaintiff’s horror, Doe X was menstruating at the time. While Doe X was forcing Plaintiff to perform oral sex on her, Grissom molested the lower half of Plaintiff’s body using his mouth and hands,” the suit reads. “Thus, Plaintiff found herself being sexually battered by two people at the same time.”

Grissom later raped the plaintiff twice, according to the suit, before allowing her to leave the residence.

In a statement to TheWrap, Grissom’s attorney, Anthony Willoughby of Willoughby and Associates, said that Grissom “vehemently denies these false and defaming accusations originated last year ending with no arrests, no proof, an inconclusive rape kit and after a police investigation- no charges filed.”

“My client, Lowell Grissom Jr. vehemently denies these false and defaming accusations originated last year ending with no arrests, no proof, an inconclusive rape kit and after a police investigation- no charges filed,” Willoughby said. “This civil lawsuit is a blatant attempt at a money grab and to harm the reputation of my client while encouraging PR noise for Gloria Allred while she exploits this young women for her own financial gains and public persona. We look forward to sharing our side and additional information with the public and are confident that the justice system will clear Mr. Grissom of these heinous charges.”

An attorney for Brown has not responded to requests for comment.