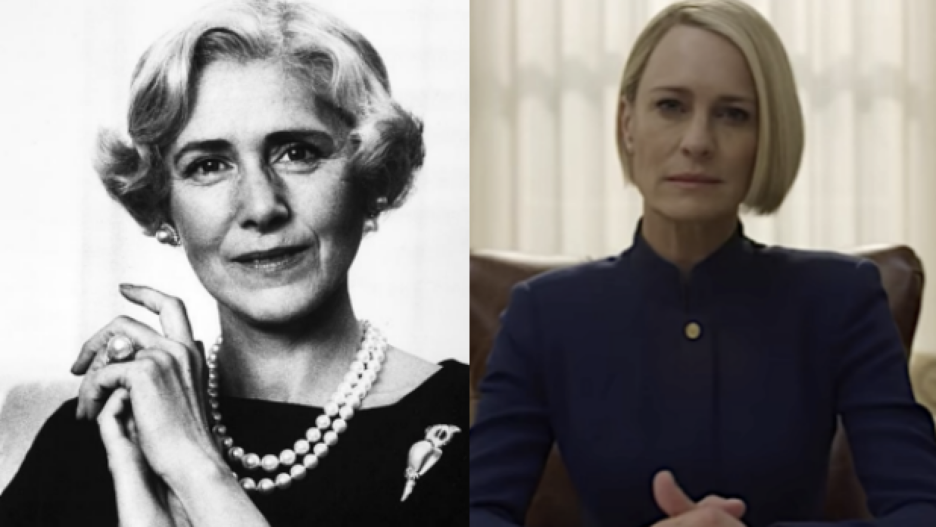 Powerful political women are becoming more common on our screens.

Robin Wright is playing the president on “House of Cards,” Elizabeth Marvel’s character sits in the Oval on “Homeland,” and on CBS’ “Madam Secretary,” Téa Leoni’s Elizabeth McCord is planning her move from Secretary of State to the White House. Selina Meyer may have lost the Presidency on “Veep” in Season 6, but she’s back on the presidential campaign trial in Season 7.

America is not there yet, but Hollywood may be moving it closer. The popularity of these story lines, combined with celebrities willing to tell their #MeToo stories and create the #TimesUp movement, has infiltrated the public zeitgeist and arguably left a mark on the midterm elections.

Over 100 female politicos will soon be pouring into Congress. Future stars in this unusually diverse, youthful and winning class will include Katie Hill, Sharice Davids, Elissa Slotkin, Mikie Sherrill and others.

They will be watched closely. Needless to say, it was not always thus.

We think back to the 1940s, for example, when there were fewer than a handful of political women to watch. Yet, even when they were surrounded by teeming testosterone, two women, in particular, drew attention, albeit not always for the right reasons.

Clare Boothe Luce and Helen Gahagan Douglas were glamorous and mediagenic, and happened to be married to famous men. Luce, wife of media magnate Henry, was a Republican from Connecticut, and Douglas, wed to the movie star Melvyn Douglas, was a progressive from California.

The two actually enjoyed each other’s company, but the press corps had little interest in that. Reporters tried constantly to create a Congressional “catfight,” no matter how many times the charismatic pair crossed the aisle.

Maybe the press was confusing Luce and Douglas with the gossipy gang of Luce’s 1936 play, (and subsequent star-studded film) “The Women.” As for Douglas, despite her obsession with issues like women’s health care, and prices at the supermarket, press conferences included piercing questions about her dress and hat size. Her “friendship” with LBJ was more than hinted at.

Both women were generally perceived as dilettantes, serving in one kind of “house” until the hubbies came back from the war. In fact, Luce was an accomplished writer, and Douglas had been an international opera singer and star on Broadway. (With top billing over Melvyn when they met on a show.)

Luce went on to become the first female ambassador to a major world power (Italy), and Douglas to enter the 1950 race for U.S. Senate against her California colleague, Richard Nixon. He announced his candidacy by noting, “My opponent is a woman” and pledged, “There will be no name-calling, no smears, no misrepresentation in this campaign.”

Then, of course, Nixon began his incessant accusations that Douglas was too close to Communism, “pink right down to her underwear.” Among other contrasts to the elections just completed, think of what that color meant then, versus what the pink pussy hats and pink wave represented this time around.

As for similarities? Yes, that was the time of McCarthyism, with fear, fury and divisiveness being engendered in high places. Well, caravans and collusion are instilling many of the same emotions.

We can only imagine what those two lonely, lovely congresswomen would have thought of a time when so many women would be entering their House. They would surely have applauded the current group, which comes in all colors, is involved with a multitude of local issues, includes many who served in the military, and are balancing careers with families.

If journalists would dare ask them some of the questions asked in the ’40s, they’d be thrown out of the newsroom. (Or should be.)

Though that hasn’t stopped some pundits from already cloaking their misogyny in snide fashion commentary. On Nov. 15, one male reporter for the Washington Examiner tweeted, “that jacket and coat don’t look like a girl who struggles,” along with a photo from behind of newly elected Bronx congresswoman Alexandria Ocasio-Cortez in a tailored suit ensemble. That tweet has since been deleted.

As Vox’s Liz Plank sharply pointed out, in a response to the Examiner reporter, “Would you call a male member of congress a boy?”

Like their predecessors, Luce and Douglas, this new class of women entering Congress will be watched closely — from their political moves to their sartorial choices. Fortunately, they will be surrounded by many other women doing the same thing for the first time. They may not always be on the same side, but we predict debates, not catfights, and maybe even the real-life versions of our current reel-life leaders.

View In Gallery
BIO Michele Willens and Mary Murphy
Mary Murphy is magazine and TV journalist and an associate professor at the USC Annenberg School of Communications and Journalism. Michele Willens is a New York-based writer and NPR theater commentator. They are writing a book on the history of entertainment journalism.