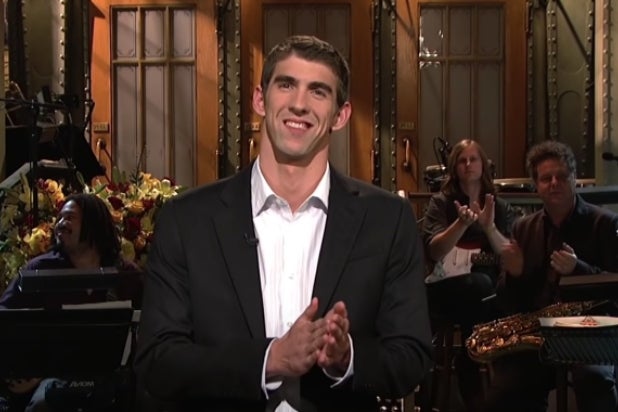 NBC Sports Network will soon be re-airing classic episodes of “Saturday Night Live” hosted by sports legends from over the years.

The week-long event kicks off tonight, Monday, May 25 at 8 p.m. ET with a re-airing of a Sept. 1991 episode hosted by Michael Jordan, who at the time had just won the first of his six NBA championships with the Chicago Bulls.

From Monday to Friday, NBCSN will televise 20 past “SNL” episodes dating back to the early 1990s. In addition to Michael Jordan, here are all the hosts whose episodes will be featured next week, in order of appearance: LeBron James, Charles Barkley, Tom Brady, Peyton Manning, Eli Manning, J.J. Watt, Dwayne Johnson, Andy Roddick, John Cena, Ronda Rousey, Michael Phelps and Derek Jeter.

The episodes will also be available to stream on NBCSports.com and the NBC Sports app.

Here is the full schedule: