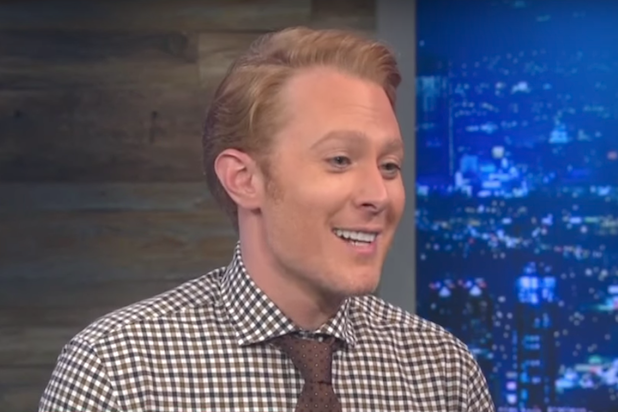 Sorry America, Clay Aiken has no plans to run for president.

The former “American Idol” and “Celebrity Apprentice” star on Thursday shut down some left-field speculation by Christopher Ruddy’s conservative website Newsmax suggesting the out gay singer “could be president someday” and “has all the components of a successful run.”

“I will not be available to run for President, as I have decided to retire to a small experimental colony on Venus where I am dedicating my life to growing prize winning space turnips,” Aiken told TheWrap exclusively in his typical tongue-in-cheek fashion.

When asked if that could be taken as an official denial, Aiken responded via email with the “neutral emoji face.”

Not exactly a Shermanesque denial.

If Aiken does change his mind, it wouldn’t be his first stab at elective office. In 2014, he was the Democratic nominee for Congress in North Carolina’s second district and took more than 40 percent of the vote against incumbent Renee Ellmers.

Also Read: Clay Aiken Apologizes for Defending Trump: 'I Am a F---- Dumba-'

Aiken has also remained plugged into current events, appearing on CNN as as Bernie Sanders surrogate during the 2016 campaign and co-hosting a political talk show on YouTube called BoldTV.

And after President Donald Trump’s widely criticized response to the Charlottesville neo-Nazi protests, Aiken repudiated his prior statements about the former “Celebrity Apprentice” host.

“Remember all those times I defended @realDonaldTrump and believed he was not actually racist? Well… I am a f*****g dumba-. #imsorry,” Aiken tweeted, adding, “I’ve always thought he would be a dumpster fire as a president, and I was right about that. I just didn’t think he was racist.”

Still, the high praise in Newsmax for a gay Democrat ex-reality star also suggests Aiken could have bipartisan appeal.

“As a famous singer, songwriter, author, and politician, Clay Aiken has all the components for a successful run at the presidency someday,” wrote Newsmax writer Jerry Shaw, who then cited Aiken’s concern for education and personal friendship with Donald Trump as potential selling points.

Indeed, Aiken worked closely with Trump during his run on “Celebrity Apprentice” in 2011. As he did in “Idol,” where he was runner-up to Ruben Studdard, Aiken lasted all the way to the end of the show before ultimately losing to Arsenio Hall.