After 105 years, Cleveland’s baseball team has officially dropped the name Cleveland Indians and formally changed its name to the Cleveland Guardians.

The Ohio MLB team announced its name change in a glossy video narrated by Tom Hanks and scored by Ohio’s own The Black Keys, as well unveiled a new logo of a baseball flanked by a G with a pair of wings, or a “fastball logo” that it refers to as a “strong, yet simple design.” Check it out below:

The name change, which will go into effect after the 2021 season, came after years of backlash from Native American groups, particularly in association with its cartoonish and racist Chief Wahoo logo, which it dropped in 2018 from its uniforms and merchandise. But the team only announced it would change its name as well as of last December. 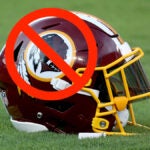 The moniker “Indians” dates back to 1915, when the club owner at the time, Charles Somers, asked baseball writers to come up with a name to replace “Cleveland Naps,” which was named after second baseman/manager Napoleon Lajoie, who left the team. In recent years, both the name and the team’s cartoon logo have been criticized for perpetrating Native American stereotypes, with protesters going as far as burning effigies.

The Cleveland Guardians’ owner Paul Dolan said last summer that the civil unrest over the killing of George Floyd in Minneapolis in part spurred the team to change its name.

The team in a separate video announced why it selected the name the Cleveland Guardians, polling 40,000 Cleveland fans and conducting 140 hours of interviews with fans, community leaders and front office personnel. The team is named for Cleveland’s Guardians of Traffic on the Hope Memorial Bridge, which has a pair of massive statues as designed by sculptor Henry Hering and architect Frank Walker. The team’s font also mimics the architecture of the Hope Memorial Bridge. 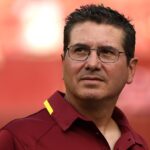 Also Read:
What Winning Should Really Look Like for the Washington Football Team (Guest Blog)

The Cleveland Guardians will retain the team’s red, white and navy color scheme that has been synonymous with the ball club for 80 years.

Cleveland’s team is just one of several teams that in recent years have reassessed racist team names, the biggest offender of which was what is now called the Washington Football Team. They’ve yet to select a new team after dropping the racist moniker from its nickname last year.