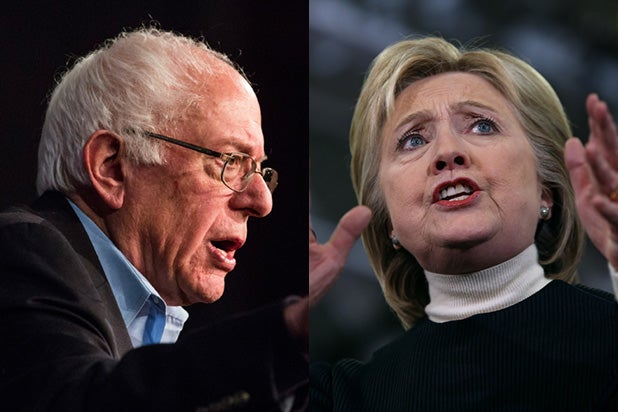 During Thursday night’s MSNBC Town Hall in Las Vegas, Hillary Clinton and Bernie Sanders were asked whose side where they on in the FBI’s attempt to get Apple to unlock an iPhone used by one of the San Bernardino killers.

Both Democratic candidates pretty much had the same answer: It’s complicated.

Asked whose side he’s on, Sanders said, “I’m on both. This is — it’s a very complicated issue.” He added that in refusing to unlock the phone, Apple CEO Tim Cook had seized upon an important civil rights issue.

Sanders went on to say that he’s “very fearful in America about Big Brother,” insisting that it’s a slippery slope.

He also noted that granting the FBI access to private information could open the door for “the federal government [or private corporations] getting into your e-mails or knowing what books you’re taking out of the library.”

He added, “I worry about that very, very much… There has got to be a balance.”

Clinton went next. “Law enforcement has every reason to want to get information off of a killer’s cell phone,” she said. But she, too, understood Apple’s concerns about opening that door, insisting that it could lead to demands not just from “the United States government but the Chinese, Russina, Iranian governments.”

Clinton called for the government and the tech industry “to figure out what is the path forward.”