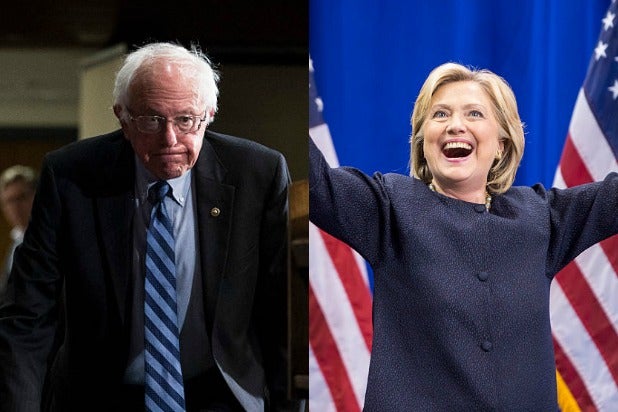 Emails are, once again, the bane of the Democratic Party’s existence. The controversy over WikiLeaks’ release of 19,000 emails allegedly sent from DNC officials showing an anti-Bernie Sanders pro-Hillary Clinton bias has snowballed to ginormous proportions. Hillary Clinton’s campaign manager Robby Mook told CNN’s Jake Tapper on “State of the Union” Sunday that he believes pro-Donald Trump forces in Russia are behind it.

“I don’t think it’s coincidental that these emails were released on the eve of our convention here, and I think that’s disturbing,” Mook said.

Mook believes that Trump’s position on NATO — that it wasn’t a given that he’d assist allies — would help Russia’s stance in Eastern Europe. “I think when you put all this together, it’s a disturbing picture, and voters need to reflect on that,” Mook said.

Needless to say, Trump’s senior communications adviser Jason Miller laughed it off, as did Donald Trump Jr. on “State of the Union.”

“These lies and the perpetuating of nonsense to try to gain some political capital is outrageous and he should be ashamed of himself,” Trump Jr. said. “If a Republican did that, they’d be calling for people to bring out the electric chair.”

Mook was certainly correct about one thing — the timing of the leaks is a very large public distraction from the party goal — to win the presidency.

To that end, Wasserman Schultz has been asked to step aside for the all-important convention beginning Monday. She will not preside over the convention nor will she have a speaking role in it. Fox News reports that “she was slated to make opening remarks at a rules committee meeting Saturday, but never showed up.”

As far as the target of the alleged emails — “She should resign, period,” Sanders said of the current DNC Chair on ABC’s “This Week.” “I think we need a new chair who is going to lead us in a very different direction.”