A week after the balloons fell in Philadelphia to close out the Democratic Convention, the Hillary Clinton campaign has released a fly-on-the-wall video of intimate moments between the stars of the historic event mingling backstage, in green rooms and just out of sight of TV cameras.

From President Barack Obama seeking Bill Clinton’s apology for his “nobody is more qualified to be President, not me, not Bill” line in what appears to be a locker room, to Meryl Streep joining the former commander-in-chief to peek in on Hillary, TheWrap reveals some of the landmark moments that you didn’t see on TV.

Also check out Elizabeth Warren and Sarah Silverman encouraging each other that “tough women have to get it done” when they met in a hallway in this awesome three-minute all-access pass to the corridors of power.

Just a few hours after its release, this is YouTube’s #15 top trending video. 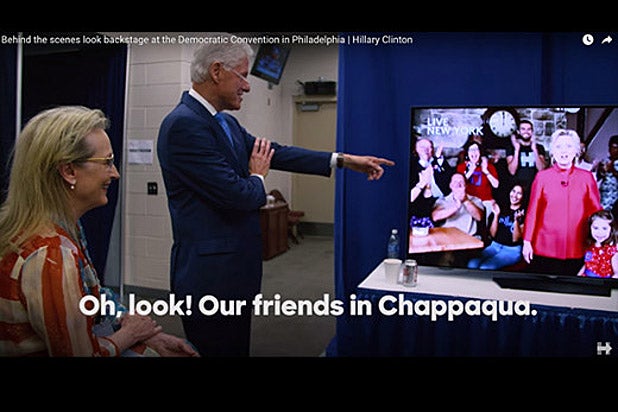