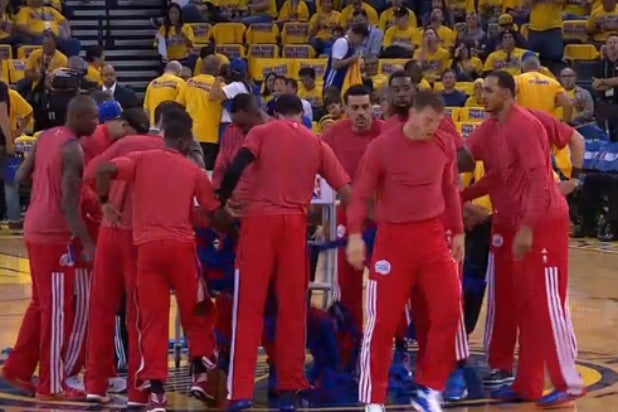 Donald Sterling is valuable to his Los Angeles Clippers for at least one thing: TV ratings.

Sunday’s Game 4, where the Clippers lost to the Golden State Warriors by 21 points, was the highest-rated game of the relatively young 2014 NBA Playoffs. The game earned a 5.0 overnight rating.

It also had a 9.8 locally in San Francisco, which is the third-highest-rated first-round game on any network in more than a decade (since 2003). The Warriors play in Oakland, Calif. The game aired Sunday afternoon on ABC.

Golden State topped the Clippers 118-97 — a blowout by this first-round’s standards — which surely didn’t help boost the ratings.

Thursday’s Game 3 of the series on TNT earned a 3.0 rating overnight. That was also a much closer game, with the Clippers winning 98-96.