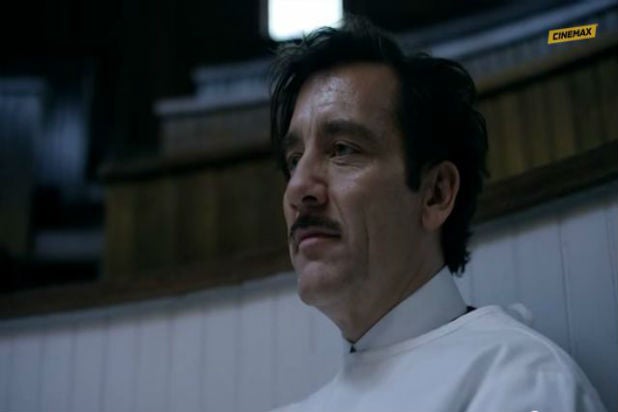 Visionary director Steven Soderbergh is returning to the small screen with a medical drama that promises to be bloody good.

“The Knick,” which stars Clive Owen, chronicles the lives of the employees of New York’s Knickerbocker General Hospital, including Dr. John Thackery (Owen). The show takes place during the early part of the 20th Century – a time defined by incredible advances in the medical field, as evidenced by Owen’s monologue in the teaser. That period was also defined by a number of medical catastrophes – from the 1918 Flu Pandemic to the surgical nightmares of World War I.

Haunting music hangs over scenes of Owen’s bloody hands and a patient being hooked up to antiquated medical contraptions in the slightly gory trailer. And based on the teaser, “The Knick” promises to not be your average medical drama.

Soderbergh’s most recent cable project was the HBO movie “Behind the Candelabra,” starring Michael Douglas and Matt Damon, which proved to be both a critical and ratings success. But “The Knick” marks Soderbergh’s first series television project since 2003’s “K Street.”