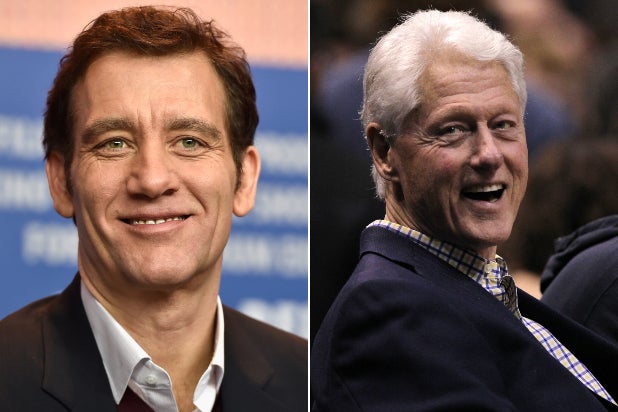 Clive Owen will play Bill Clinton on the third season of FX’s “American Crime Story,” which will center on Clinton’s impeachment, an individual with knowledge of the project told TheWrap.

FX did not immediately respond to TheWrap for a request for comment.

Owen joins Sarah Paulson, Beanie Feldstein and Annaleigh Ashford in the series, which is executive produced by Monica Lewinsky. The third season of the anthology “unravels the national scandal that swept up Paula Jones (played by Ashford), Monica Lewinsky (Feldstein) and Linda Tripp (Paulson) as principal characters in the country’s first impeachment proceedings in over a century.”

The limited series is based on Jeffrey Toobin’s bestselling book “A Vast Conspiracy: The Real Story of the Sex Scandal That Nearly Brought Down a President,” and hails from Fox 21 Television Studios and FX Production.

Last April, Murphy said he was scrapping the proposed Lewinksy-Clinton-centric installment of “American Crime Story” — which he had originally slated for Season 4 — telling The Hollywood Reporter: “I told [Lewinksy], ‘Nobody should tell your story but you, and it’s kind of gross if they do. If you want to produce it with me, I would love that; but you should be the producer and you should make all the goddamn money.'”

The first installment of “ACS,” “The People v. O.J. Simpson: American Crime Story” premiere in 2016. The second season, “The Assassination of Gianni Versace: American Crime Story,” aired in 2018. Both seasons were critical darlings. The original plan for Season 3 was a story about the aftermath of Hurricane Katrina, but Landgraf told reporters back in February, “As far as I know, ‘Katrina’ is not still in the mix.”