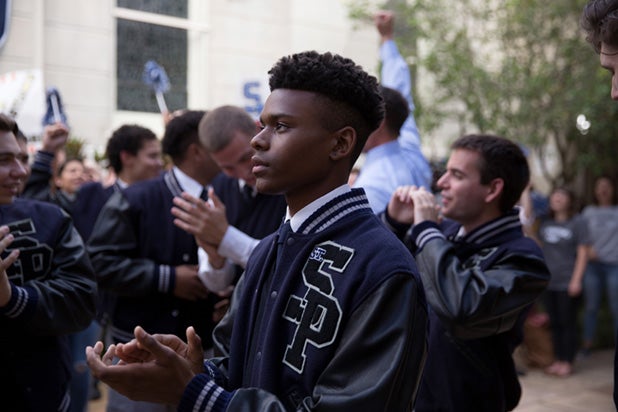 The series last aired in May, though it has an upcoming crossover with Hulu’s “The Runaways” which returns for its third season in December.

“We are so proud of ‘Marvel’s Cloak & Dagger’ and the trailblazing stories this series told,” Freeform said in a statement. “We are also grateful to our incredible talent Oliva Holt and Aubrey Joseph for bringing these beloved characters to life, and showrunner Joe Pokaski for his vision. We’d like to thank our partners at Marvel Television for a wonderful two seasons and are we are hopeful that we can find another project together.”

“Cloak & Dagger” was based on the Marvel Comics superheros of the same name and starred Olivia Holt as Tandy Bowen/Dagger and Aubrey Joseph as Tyrone Johnson/Cloak. The cancellation comes as Marvel TV is being moved under Kevin Feige and Marvel Studios’ purview, which has left all of Marvel TV’s current projects in limbo.

In the coming weeks, Jeph Loeb will exit as head of Marvel Television.

Feige, the architect of the hugely-popular Marvel Cinematic Universe, was put in charge of content creation across all of Marvel’s mediums last week, including publishing and animation. In addition to Marvel TV, Marvel Family Entertainment is also moving under Feige and Marvel Studios, which is under Disney co-chairmen Alan Horn and Alan Bergman.

Marvel TV currently has a six shows in development with Disney-owned Hulu — five animated series and the live-action “Helstrom” — along with the third season of “The Runaways.” “Agents of S.H.I.E.L.D.” is heading into its final season on ABC next year.

No decisions have been made on any of these current Marvel TV shows in development. Feige and his team will look at all the projects on a case-by-case basis. Plans for a live-action “Ghost Rider” series that would’ve seen Gabriel Luna reprise his role from “Agents of S.H.I.E.L.D.,” were dropped last month.