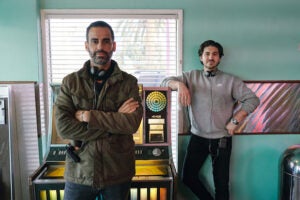 Is the party on Clubhouse already dying out?

New data provided by Sensor Tower this week — coupled with some user complaints — indicates the audio-driven app may be losing some of its momentum. The key takeaway from Sensor Tower: Clubhouse downloads dropped 72% in March compared to February, when the app was downloaded 9.6 million times. In March, Clubhouse was downloaded 2.7 million times — putting it just ahead of the 2.4 million downloads it had in January.

The chart below gives a look at Clubhouse’s app downloads for Q1 on a month by month basis: 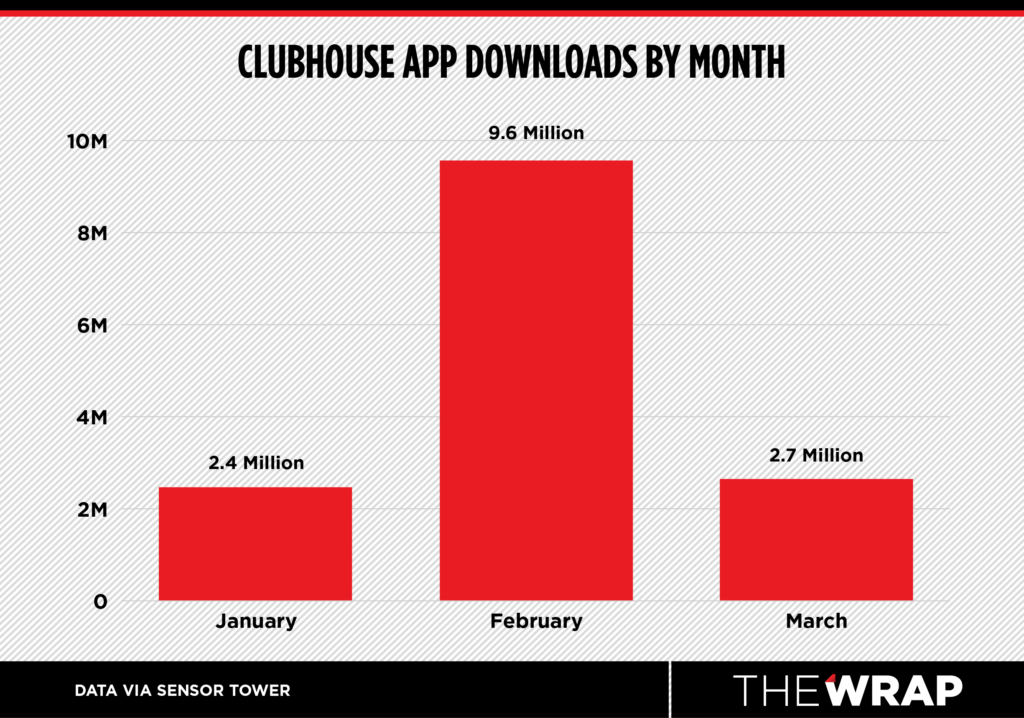 It’s worth pointing out a drop in downloads doesn’t necessarily mean Clubhouse is shedding users. Clubhouse had 10 million users by mid-February, the last time the company provided an update.

In addition, Clubhouse is invite-only, and new users earlier in the year may have used up their initial two invites quickly — leading to the drop in downloads in March. The lack of an Android app — which Clubhouse may roll out next month — may also be inhibiting its growth. Still, Clubhouse’s ability to add new users depends on app downloads, and right now those have plunged compared to just a few months ago.

The new data comes as Clubhouse, which was launched a year ago by Bay Area co-founders Paul Davison and Rohan Seth, enters a critical stage. Clubhouse on Sunday — after reportedly discussing a $4 billion buyout offer from Twitter recently — closed a new Series C round of funding that valued the company at $4 billion, Reuters reported.

Clubhouse is now looking to raise money from investors at a $4 billion valuation, according to Bloomberg News.

Sensor Tower’s data also coincides with some complaints the app has, well, gotten a bit stale.

Recode reporter Teddy Scheifer had a similar complaint: “Did Clubhouse become like 8 million percent less interesting over night? Used to sometimes be a hard choice what to tune in on. Now it’s just incredibly boring.”

Other users have noticed a drop in engagement in rooms that were routinely busy just months ago. Sade Sellers, a daily Clubhouse user from Burbank, told TheWrap some of her favorite Clubhouse rooms that used to pull in 2,000 audience members each week are now filled with only a few dozen users.

Also Read: Clubhouse Threat: Tech Giants That Should Be Most Worried

But not everyone has had the same experience as Sellers. Photographer Yu Tsai told TheWrap he hasn’t noticed much of a decline in engagement since he joined in January. Tsai, who has about 11,000 followers on the app and moderates several rooms, said he’s noticed more of a “focus” on the app in the last month, where users are more deliberate about the content they seek out.

Tsai added Clubhouse is “very much driven by current affairs,” and that can color how lively the app looks when users jump on. For example, he pointed out the app was especially active right after former “Bachelor” star Colton Underwood announced he was gay last week.

That suggests Clubhouse could be finding its niche as a go-to spot for people to discuss breaking news, much as Twitter now functions. Ending up like Twitter, which has 192 million daily users, isn’t a bad outcome, obviously. But to get there, Clubhouse will need to see its monthly downloads look more like they did in February.