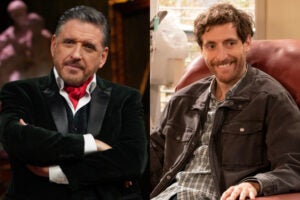 ”We’re addicts, and comedy is our crack. The stage is our crack. It’s our drug. And for Clubhouse to become our enablers, we’re so thankful,“ comedian Tehran Von Ghasri says

Like many comics earlier this year, Leah Lamarr had a problem: The stand-up comedy world was on life support, thanks to the coronavirus pandemic closing down clubs and keeping performers off stage. This was bad news not only for comedians, who depend on the art form to make a living, but also for comedy-lovers who have been unable to get their fix live for nearly a year.

“I’m a comic, I love to perform,” Lamarr recently told TheWrap. “And people need comedy as a relief.”

That’s why, at the start of 2021, she decided to take a shot and see if Clubhouse, her new favorite app, could help ease the pain. The new app, she said, had already won her over as a great place to hear compelling conversations, especially when it came to business and entertainment topics. Why couldn’t it be that way for stand-up comedy, she thought.

That led her to team up with her friend, Beyond Media founder Nicole Behnam, to launch the Clubhouse Comedy Live Standup Show, a bi-weekly Clubhouse room with two goals in mind: 1) make people laugh, and 2) recreate the comedy club atmosphere to the best of their ability on an audio-only app. (The venture has also helped comics earn some much-needed cash during the pandemic. More on that in a minute.) Lamarr and Behnam co-host the room and have had success rounding up an eclectic, diverse mix of comics to perform 10-minute sets, including stand-up stars Tim Dillon and Maz Jobrani during one recent show. Fans so far seem to love it, too, and not just because it’s free.

The Live Standup Show has quickly become a hit, with more than 1,200 people listening to the first show in January. (For comparison, the main room at The Comedy Store holds 450 people.) Follow-up shows this month have been even more popular, easily pulling in more than 2,000 comedy-starved fans from around the globe. 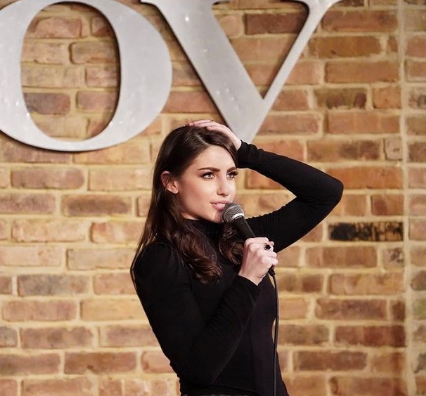 A Clubhouse rep declined to comment for this story.

While it can’t fully replicate the feeling of being on stage at a comedy club and performing in front of a live crowd, Lamarr said this has been the next best thing, allowing comics to perform — a rare opportunity these days — and still receive some feedback from fans; in the rooms, comics can hear fans laughing, and fans can also repeatedly click the mute button to simulate clapping on the app.

“It’s been a beautiful experience for me because I love connecting with people, and most of all, I love making people laugh,” Lamarr said. “This has been a dream app because I get to show up as myself, unabashedly, and connect [with fans] in real time.”

Other comics feel the same way. Tehran Von Ghasri, like Lamarr, is a Los Angeles-based stand-up who, a year ago, felt his career was “on the rise.” The 34-year-old Laugh Factory regular told TheWrap his momentum stalled last March, though, when the pandemic hit the U.S. — effectively putting his career on hold in the process.

“Comedy, which is very much a live art, was effectively killed,” Von Ghasri said. 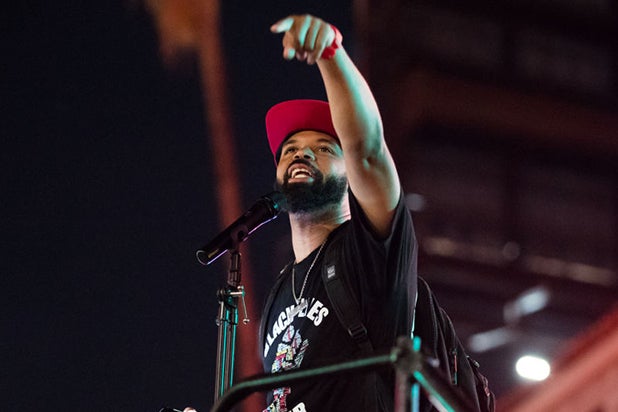 When Lamarr and Behnam invited him to join one of their recent Clubhouse stand-up shows, he jumped at the opportunity. He’d already tried performing in Zoom stand-up shows early in the pandemic, but the experience “felt like death,” he said, because there was no connection with the fans. “As a comedian, we’re used to the ‘immediate response’ of the audience,” Von Ghasri said.

Clubhouse has felt different, though. Von Ghasri said he loved performing recently on Clubhouse, feeling it’s the “best” digital medium to perform in front of fans, in large part because the fans have been so engaged.

“I’ve realized with Clubhouse, when I tell a joke, people pay more attention to the small details that they may have overlooked during a live show, which has made me a better writer,” he said.

He added: “We’re addicts, and comedy is our crack. The stage is our crack. It’s our drug. And for Clubhouse to become our enablers, we’re so thankful.” (Laughs)

Another reason comics have enjoyed performing on Clubhouse? They’re getting paid.

Comics have been able to mention their Venmo or PayPal accounts in their Clubhouse bios, and fans have been rewarding comedians with some (occasionally large) payments. Behnam said one comedian was recently tipped $500 for a single joke. Von Ghasri said he earned “a couple hundred bucks” during his 10 minute set. “It was an amazingly beautiful thing,” Von Ghasri said,  because he’s so desperate to perform right now, he was already happy to be doing it for free.

The Clubhouse comedy room has been a boon for Lamarr and Behnam as well. Their shows have been sponsored by Overheard LA, and other companies have been reaching out, offering up to $20,000 to sponsor Clubhouse conversations they’d host. (While the audiences might not be TV-big, sponsors have loved seeing how engaged the rooms have been, with users often sticking around for more than an hour. Overheard LA has also been paying performers a small amount each show, Lamarr said.)

“The opportunities are endless,” Behnam said. “It has revolutionized all of our careers.”

In only a few months, Behnam has racked up 80,000 followers on the app, and Lamarr recently topped 130,000 followers — and has already had Hollywood executives reach out with podcast and show ideas, based off the success of their comedy show.

The duo will look to keep the momentum rolling this Sunday, when they host their next Clubhouse Comedy Live Standup Show at 5:00 p.m. PT.

“I cant tell you how many shows in L.A. I was doing for free. So to even get paid to do comedy when you’re not a headliner is great — and exceptionally wonderful when you don’t have to do your hair, makeup, get in the car and go to a bar to perform for eight people, you know?” Lamarr joked.