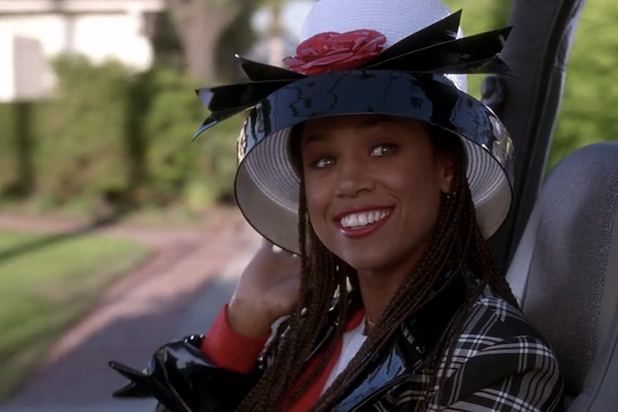 CBS TV Studios is looking to reboot “Clueless” for the small screen. A drama series based on the 1995 comedy is in the works at the studio, a person with knowledge of the project tells TheWrap.

The show would be focused on the Dionne character played by Stacey Dash in the Alicia Silverstone-led movie and the followup series, which ran on ABC from 1996-1997 and then UPN from 1997-1999.

The project, written by Jordan Reddout and Gus Hickey (“Will & Grace”), is currently still the in development stage and being considered by multiple bidders, the individual tells us.

Also Read: 'Clueless' Remake in the Works at Paramount

The series is described “as a baby pink and bisexual blue-tinted, tiny sunglasses-wearing, oat milk latté and Adderall-fueled look at what happens when the high school Queen Bee (Cher) disappears and her life-long number two (Dionne) steps into Cher’s vacant Air Jordans. How does Dionne deal with the pressures of being the new most popular girl in school, while also unraveling the mystery of what happened to her best friend, all in a setting that is uniquely 2020 LA?”

Corinne Brinkerhoff (“American Gothic,” “No Tomorrow”) is executive producing the potential series under her overall deal at CBS TV Studios, along with her development executive Tiffany Grant. Robert Lawrence, who was a producer on the “Clueless” film, is also executive producing.