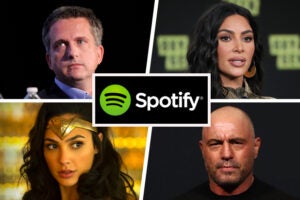 ABC was No. 1 outright in total viewers on Monday

The “CMA Best of Fest” special on ABC got the best — or at least the biggest — audience in Monday’s primetime. In the key demo, ABC ended up in a tie with NBC and Univision.

“CMA Best of Fest” aired throughout the entirety of ABC’s three-hour primetime lineup, averaging the above Nielsen numbers. The clip-show special highlighted 16 years of the best “CMA Fest” performances.

Fox was fourth in ratings with a 0.4/2 and in viewers with 2.3 million, airing all repeats.

CBS and Telemundo tied for fifth in ratings, both with a 0.3/2. CBS was third in total viewers with 3.1 million, Telemundo was seventh with 892,000 viewers.

CBS aired all reruns in primetime