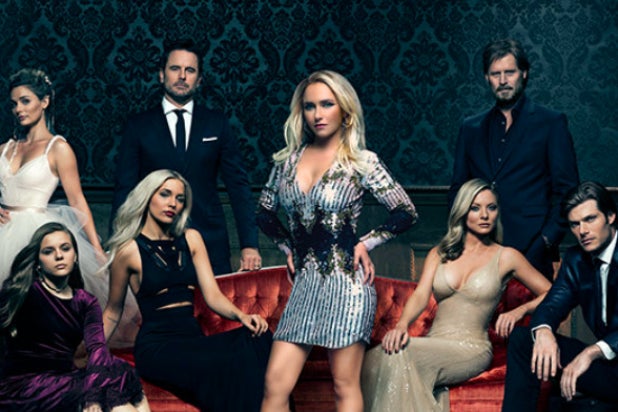 CMT just line-danced its way to a year’s worth of weekly growth. The Viacom-owned channel increases its year over year TV ratings for 53 consecutive weeks, which is the longest active streak among all ad-supported cable, according to Nielsen numbers. The next-longest run belongs to Hallmark Movies & Mysteries and currently stands at 15 weeks — so yeah, it’s not even close.

After finishing its fiscal 2017 (October to September) up 12 percent among adults 18-49, CMT’s fourth-quarter is generating the best gains of any Top 50 ad-supported cable channel among women of that same age range.

So, how did business for pickup truck lovers pick up? This year, CMT scrapped “Party Down South” as part of its new brand strategy shifting towards what it calls “progressive” programming. The channel cashed in with “Nashville,” limited series “Sun Records,” “Dallas Cowboys Cheerleaders Making the Team,” “Crossroads,” and “CMT Artists of the Year,” to name a few highlights.

CMT is celebrating its achievement with a little country music (and hopefully some red Solo cups), of course. TheWrap can exclusively reveal CMT’s annual “Listen Up” list of 18 emerging artists — signed and unsigned — that the network will spotlight across all platforms in the coming year.

Also Read: 'Nashville' to End After Season 6 on CMT

Team- Enjoyed spending time with many of you at the holiday party. Special thanks to the events team for such a great night!

Kevin and I couldn’t be prouder about all we’ve accomplished this year. This week, CMT achieved an impressive milestone notching an entire year, 53 consecutive weeks, of year-over-year ratings growth, which is the longest active growth streak among all ad-supported cable. This quarter alone, CMT is generating the highest year-over-year gain of any Top 50 ad-supported cable channel in Women 18-49. Furthermore, we finished the 2017 Fiscal Year up +12% among Adults 18-49 and up +13 among Women 18-49 from the prior year and earned our highest-rated year since 2014.

That’s no easy feat. 2017 was a transformative year as we unveiled our new brand mission centered on modern country culture. This was an extensive exercise to set our course for the future. We saw an opportunity to reflect the now and celebrate the best attributes of our fans.

We gained tremendous perspective and insight into our audience. We discovered that country fans can’t be simply placed in a box, but rather they are drawn to smart content which reflects their diverse identities.  As we connected with more Millennials, we realized that country fans are younger and increasingly diverse.  To be the authority on country, we adopted a more progressive and inclusive point of view. And to stay culturally relevant, we began reflecting what was happening in culture right now.

Programming-wise, after retiring some proven hits that didn’t feel all-encompassing of our brand promise, we scored some big wins with “Nashville,” “CMT Crossroads,” and “CMT Artists of the Year.” Series like “Steve Austin’s Broken Skull Challenge” and “I Love Kellie Pickler” returned to strong numbers, and in its 12th season, “Dallas Cowboys Cheerleaders: Making The Team” notched its highest-rated season to date. Next year, we’ll build upon that with “Music City.” Combined with a smart new approach to scheduling, our new fans are sticking around, and as a result, our entire day-part is up.

With music as our unwavering cornerstone, we’re doing what we do best, connecting artists with fans. Today, we’re unveiling our annual “LISTEN UP” campaign highlighting 18 emerging artists – signed and unsigned – to spotlight across all platforms in the coming year, including our two television channels (CMT and CMT Music), music series (“CMT Hot 20 Countdown”), radio (nationally syndicated “CMT Radio Live with Cody Alan”), digital (CMT.com) and social (CMT Facebook, CMT Instagram, CMT Twitter). Once again, our music team is spotlighting an eclectic mix of young artists that, much like us, are on the frontlines of evolving the genre. We’ll give them full use of our massive megaphone to attract even more fans. Below, please find a release with more details.

We’re heading into the new year in amazing shape and the senior team is already deeply entrenched in the planning phases for what’s sure to be a memorable 2018. Early next year, we’ll announce new pilots and share some exciting new partnerships in the music space.

In the meantime, keep up the hard work as we inch closer to the premiere of “Nashville.”