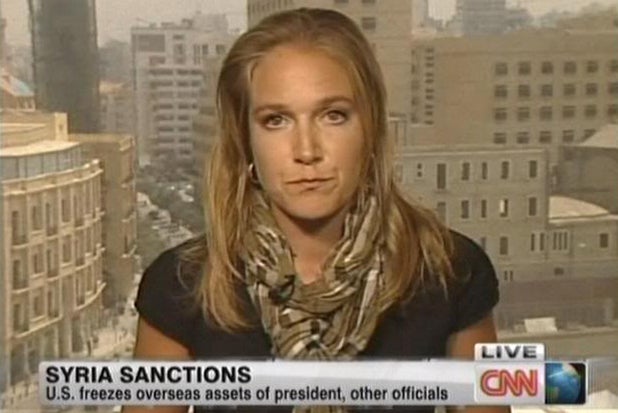 CNN is biting back in a $1 million lawsuit filed against the media company over an alleged biting incident involving correspondent Arwa Damon.

CNN America, CNN Productions and Damon have filed a motion to dismiss the lawsuit, filed by a pair of plaintiffs who claimed that Damon bit one of them and threatened both during a drunken frenzy at the U.S. Embassy in Baghdad.

In the initial suit, filed in New York Supreme Court in August, Charles Simons and Tracy Lamar claimed that, in July, a “seriously intoxicated” Damon became “unruly and violent” with the two, who were working as EMTs, as they tried to provide medical assistance to her.

CNN didn’t mince words in its reply, filed Thursday in New York, accusing the pair of going after “the wrong defendants” in order to capitalize on CNN’s perceived deep pockets.

“The plaintiffs have sued the wrong defendants in the wrong jurisdiction, almost certainly because had they sued the right defendants in the right jurisdiction, the settlement value of their case would be reduced to near nothing,” a memo in support of the motion to dismiss reads. “Despite their casual disregard for the medical privacy of their patient, they notably omit the fact that the U.S. Embassy summoned the EMTs only after the reporter (Ms. Damon) had fallen, hit her head, lost consciousness and began bleeding.”

The memo goes on to assert that the pair shouldn’t sue CNN, because Damon is actually employed by Cable News International, Inc., which isn’t named as a plaintiff in the suit, and that the New York court venue is inappropriate because CNN America and CNN Productions’ primary places of business are in Georgia.

“Plaintiffs’ plan is evident: omit material information from their Complaint, name the wrong parties in the wrong jurisdiction, try to embarrass a widely honored journalist and claim that they are each entitled to a million-dollar payday because of an alleged bite they sustained while treating a reporter in a war zone who had a serious head injury,” the complaint reads. “This is apparently done in the hopes that CNN America and CNN Productions settle for a large sum of money instead of litigating.”

The initial suit filed by Simons and Lamar claimed that Damon has “a history of becoming intoxicated and then abusive” and “a history of and penchant for violence even when sober.”