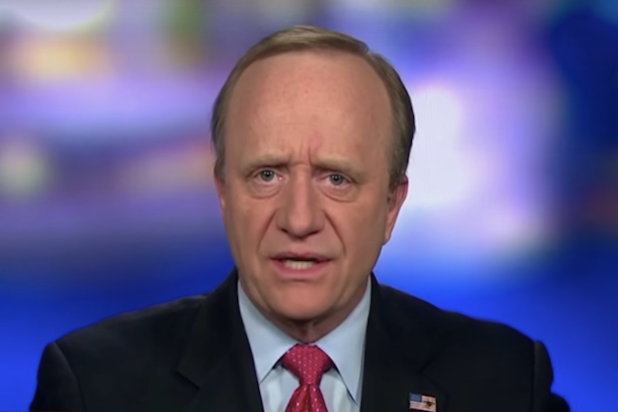 CNN Contributor Paul Begala says he is so against President Trump winning the 2020 election that he would vote for any Democratic candidate he thought could beat him — even one who shot his dog.

“I am a JFK Democrat; I will pay any price, bear any burden, support any friend, oppose any foe to ensure the defeat of Donald J. Trump,” Begala told Chris Cuomo on his CNN program “Cuomo Primetime” on Monday. “You could be for Medicare for all or not, you could shoot my dog and if I think you could beat Trump, I’m going to be for you.”

“Well that is uh, very mainstream of you,” noted a visibly surprised Cuomo before moving on.

A rep for CNN did not immediately respond to request for comment.

Begala is a longtime Democratic strategist and a former host of the CNN show “Crossfire,” which he helmed with current Fox News host Tucker Carlson.

Before joining CNN, Begala exited a mostly successful career in politics during which time he served as chief strategist of the 1992 Clinton/Gore campaign and later served as counselor to President Clinton from 1997 to 1999. The high profile gig is currently held by Trump confidant Kellyanne Conway.

Also Read: Andrew Napolitano Responds to Trump Twitter Attacks: 'This Is the Way You Treat Your Friends'

Though the line about shooting dogs was no doubt intended to show his zeal for defeating Trump, it’s always risky for national figures to positively invoke violence towards animals — particularly dogs.

Last March, Fox News contributor Tomi Lahren faced backlash after she said in an Instagram story that she had kicked her dog five times because it was chewing on it’s bone too loudly.

“Only a heartless person would kick a dog just for doing what dogs normally do — and a reasonable person would simply have moved out of the way or moved the animal,” PETA’s senior director of Cruelty Casework Stephanie Bell told TheWrap in a statement at the time.