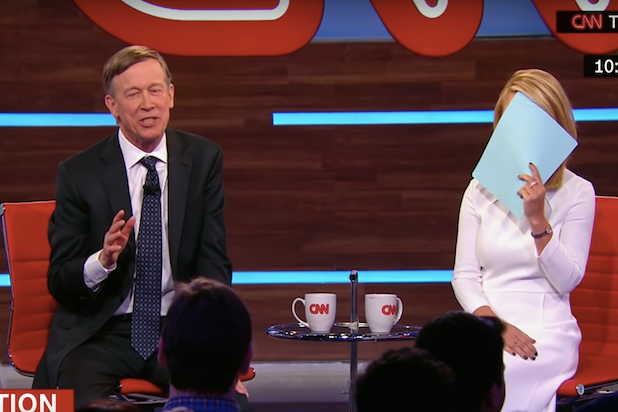 CNN offered a defense of their frequent town hall events with the 2020 Democratic presidential candidates, responding to a Daily Caller article by saying that they weren’t in it for the ratings but rather because it was “the right thing to do.”

“CNN does not host presidential town halls for ratings,” the company said through the @CNNPR Twitter account. “We host them because substantive conversations with presidential candidates inform and empower voters to make the best possible choices for their families and communities. And it’s the right thing to do.”

The Daily Caller piece by reporter Mike Brest took aim at the network by noting how every one of CNN’s 12 Democratic presidential town halls had come far behind Fox News and MSNBC’s regularly scheduled programming.

The story received a big boost from President Trump, who retweeted it to his nearly 60 million followers.

CNN — which has long placed third in ratings behind their more opinionated rivals — rarely responds to negative ratings stories, but according to network media reporter Brian Stelter, the presidential retweet “prompted CNN P.R. to respond with a useful reminder that ratings are not the only rubric for a television network.”