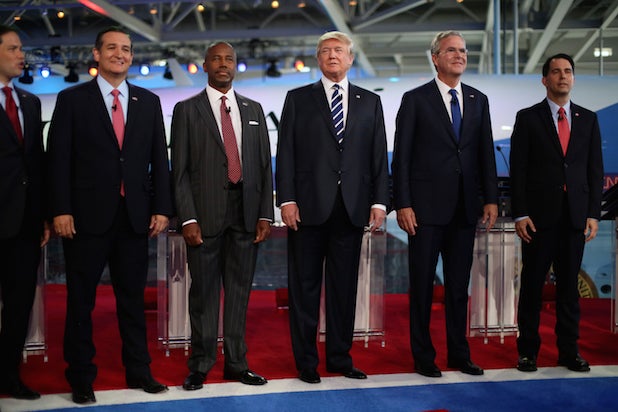 CNN hauled in 22.9 million viewers for its GOP debate, its best performance in network history.

The three-hour debate came in just shy of Fox News’ 24 million viewers in August. The debate also brought in an additional 4.5 million live video streams as part of CNN GO.

It’s a massive performance for the original cable news network, about six times larger than its first 2012 Republican debate, which scored 3.16 million viewers.

Prior to this, CNN’s highest-rated program occured 22 years ago when Larry King hosted Al Gore and Ross Perot. The debate rating period was from 8:15 p.m to 11:15 p.m.

CNN’s previous highest-rated debate was in January, 2008, when the Democratic presidential debate brought in 8.3 million viewers.

It’s a resounding success for the network, who was criticized across the media for wall-to-wall hyping and coverage ahead of the debate. The numbers show it worked.

The GOP debate success sets high expectations for the Democratic debate on CNN October 13th. That debate will show the true impact Donald Trump has has on the numbers for both Fox News and CNN since Trump will not be on-stage.