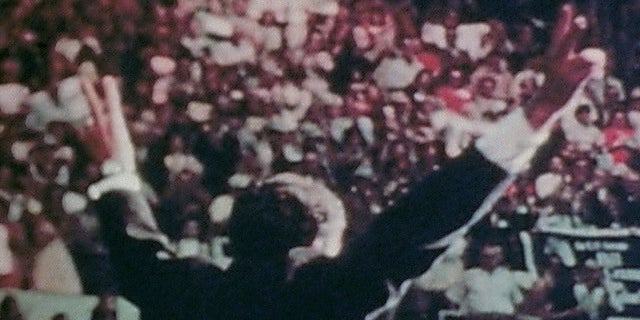 CNN's latest CNN Films documentary, "Our Nixon," will premiere on the channel Thursday at 9 p.m.

The film, directed by Penny Lane, is made out of hundreds of hours of Super8 shot by three of Nixon's aides (special assistant Dwight Chapin, domestic affairs adviser John Ehrlichman and chief of staff H.R. Haldeman), newsreel footage and excerpts from Nixon's secret, swear-filled audiotapes to create a unique look at the 37th president.

At least one person strongly objects to the portrayal, however. Ben Stein, whose father worked for Nixon, called parts of the film "violently untruthful."

"The film deteriorated into the usual propaganda of the Nixon haters," he wrote.

CNN Films began operations in October 2012. On Monday, it announced it would produce a documentary about Hillary Clinton.

Watch an excerpt below: