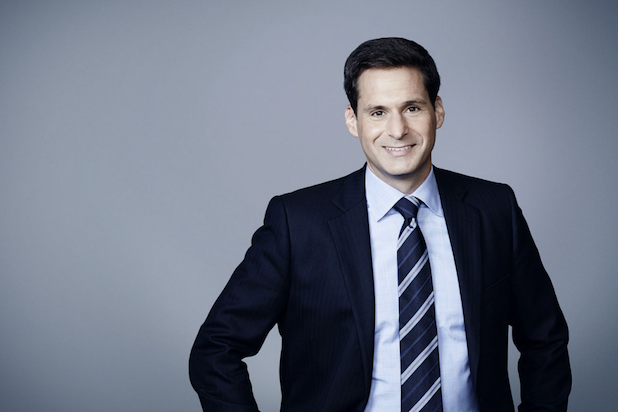 CNN’s John Berman appealed to lawmakers Wednesday about the “choice” they face in the wake of two high-profile mass shootings in recent days.

“So, this morning, lawmakers face a choice. It’s a choice they have faced before. Will they choose to take action, do something — anything — to try to stop these mass shootings?” asked the “New Day” anchor, reflecting on the recent shootings in Georgia and Colorado that left eight and 10 dead, respectively.

He went on, “Or will they choose the status quo, which means looking at what happened in Boulder this week, in Georgia last week, and saying, ‘I choose this. Let’s stick with this. Boulder is working for me.'”

In the wake of the shootings, the typical post-massacre conversation has dominated social media and the halls of Congress, with Republicans like Sen. Ted Cruz defending Second Amendment rights amid calls for increased gun control. Reports indicate that the suspected Atlanta shooter purchased his gun the same day he carried out his attack on three Atlanta-area spas last week. The suspected shooter in Boulder, Colo., is reported to have bought his assault weapon six days before opening fire in a supermarket.

Berman’s colleagues at CNN have been similarly emotional when reporting on the shootings. “Newsroom” anchor Brianna Keilar visibly shed tears during a Tuesday segment with correspondent Stephanie Elam about the Boulder shooting.

“As I’m hearing you report this, I just wonder, can you count how many times you’ve covered a story like this? Have you lost count?” Keilar asked Elam.

“I don’t know anymore. And it makes me sad to even sit here and even think about that, Brianna, that there’s been so many times that we have had to go out and cover these stories and talk to people who are devastated. Their lives will never be the same because of this,” Elam, who also began to choke up at times, said. “Sometimes it happens close to where you’ve grown up, so you can think about it in that way, and sometimes it happens far away, but it’s still the same. The root of it, the pain of it is still raw and it’s real and I can feel it every single time, and my heart bleeds for them, too, that they’re having to deal with this today because I’m sure they can’t even take it all in at this point.”

Watch Berman’s appeal below, via CNN.

"Will lawmakers look at what happened in Boulder this week, and in Georgia last week, and say, 'I choose this. Boulder is working for me?'"pic.twitter.com/qhtFx9688W