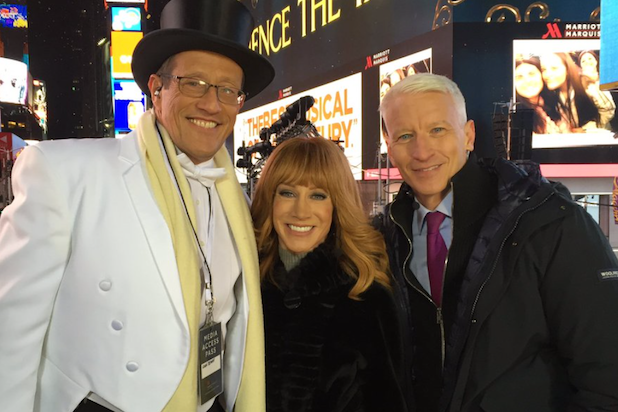 The Turner network averaged 1.29 million viewers among the key demo of adults age 25-54, compared to 734,000 demo viewers for Fox News. MSNBC lagged behind in both categories, averaging only 170,000 total viewers and 58,000 in the key demo.

During CNN’s coverage, Don Lemon got his ear pierced on live TV, downing a shot beforehand. It didn’t necessarily look like his first drink of the evening, either. Earlier, the reporter and studio host had been debating with Brooke Baldwin whether he should get a piercing or a tattoo. Griffin pushed for a nipple piercing, while Cooper clearly wanted nothing to do with any of it.

Later, the ear-bedazzled Lemon told no one in particular that he “might be open to a relationship” in 2017.