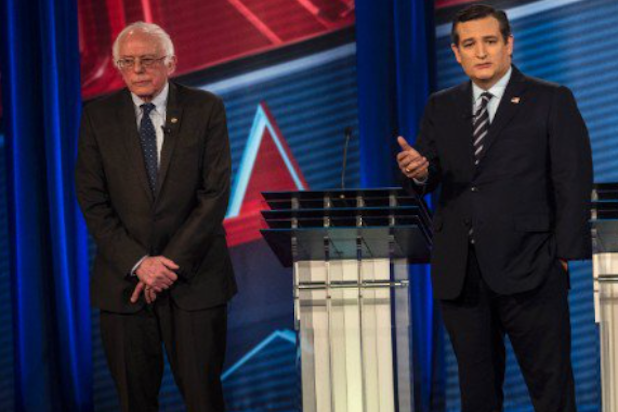 Perhaps younger viewers are getting tired of round-the-clock Donald Trump coverage, as CNN’s “Debate Night: The Future of Obamacare” was the most-watched cable news program among the key news demo of adults age 25-54 on Tuesday night.

CNN’s Jake Tapper and Dana Bash moderated the debate between Senators Bernie Sanders and Ted Cruz, which averaged 2.46 million viewers and 932,000 viewers among the key demo. During the time of the debate, CNN beat Fox News by 29 percent in the demo while crushing MSNBC by 124 percent.

CNN’s debate kicked off at 9 p.m. ET as news regarding President Trump’s executive order blocking travel from seven predominantly Muslim countries was unfolding on Fox News. Federal appeals court judges were expected to determine whether to restore the travel ban, but more age 25-54 viewers wanted to hear Sanders and Cruz argue about health care instead.

Fox News won the night and the time period among total viewers, as the network has done on a monthly basis since passing CNN in the category back in 2002.

But Tuesday’s debate ranked above all CNN non-election town hall premieres in both total viewers and adults 25-54. It carried CNN to a prime-time win in the demo over Fox News for the entire night, averaging 782,000 compared to 732,000 for FNC. Meanwhile, MSNBC finished third with an average of 385,000 demo viewers.

Sanders and Cruz were both unsuccessful in their attempts to emerge as their respective party’s presidential nominee during the primary race of 2016. Both men were essentially runner-ups, with Trump and Hillary Clinton facing off on Election Day.

It’s interesting that demo viewers would care what two failed candidates have to say, but it’s also important to remember that they both remain prominent U.S. senators. Or, perhaps, viewers wanted to hear what someone other than Trump and his surrogates have to say. Either way, it’s a win for CNN and a sign that the network will probably host similar debates going forward.

Tuesday was a big day for CNN, as senior White House counselor Kellyanne Conway admitted that the network is not “fake news,” despite the president’s constant attempts to discredit it.

“I don’t think CNN is fake news,” Conway told Jake Tapper. “I think there are so many reports everywhere — in print, on TV, on radio, in conversation that are not well researched and are sometimes based on falseness.”