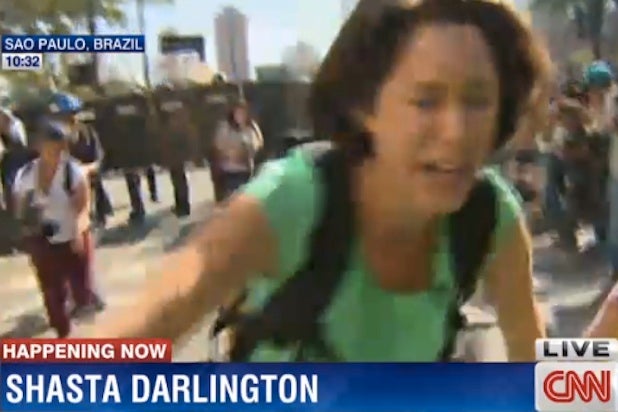 While reporting for CNN International, Darlington was shoved by fleeing protesters as a tear gas canister was flung towards the camera crew by Brazilian police.

Darlington and her producer Barbara Arvanitidis were injured during the fracas. She continued to report on the protests even after she was hurt.

Brazilian protesters were blocking a main road that led to the stadium, which drew the ire of riot police.

Also read: Jennifer Lopez to Perform at World Cup Opener After All (Updated)

CNN’s @ShastaCNN has been injured and is bleeding after police used stun grenades on protesters pic.twitter.com/80WTc6M48c