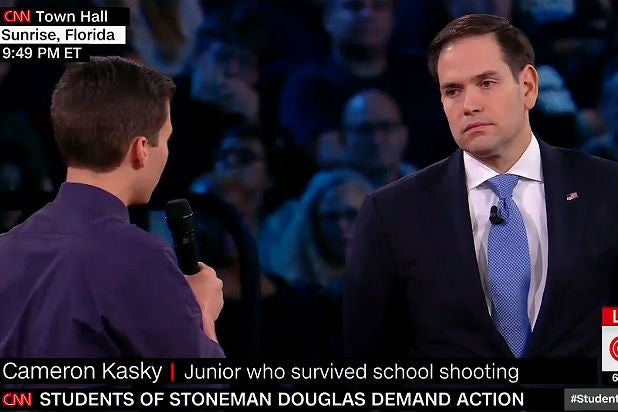 CNN’s Town Hall on guns in America drew 2.909 million total viewers on Wednesday. That made the network No. 1 in the special’s two-hour primetime time slot, besting both Fox News Channel (2.445 million) and MSNBC (2.305 million).

The Time Warner-owned cable news network also topped its competition in the key 25-54 demographic and among millennials. “Stand Up: The Students of Stoneman Douglas Demand Action” hauled in 1.101 million viewers in the main news demo, and another 310,000 adults 18-34.

CNN offered the Town Hall feed to all Florida affiliates, so additional viewers tuned in on their local broadcast station. Those Nielsen numbers are not available yet, however.

Finally, digital tune-in to “Stand Up” was the highest for any CNN Town Hall on record.