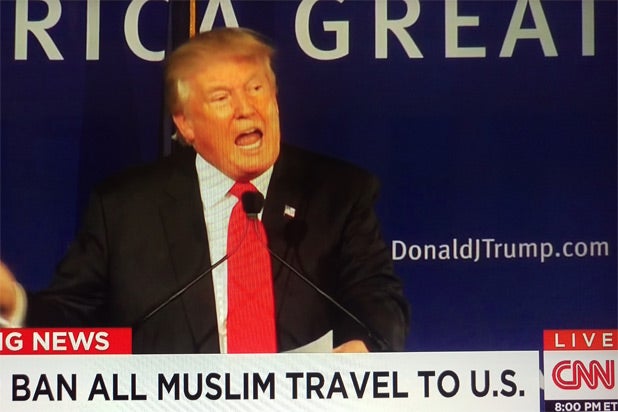 CNN’s Ashleigh Banfield took on a supporter of GOP presidential frontrunner Donald Trump on Tuesday, asking whether Jews should be banned from entering America as Trump has suggested doing with Muslims.

“There have been Jewish terrorist attacks. Should we therefore ask no Jews to please apply for a visa?” Banfield asked CNN contributor Jeffrey Lord.

He responded by suggesting that Muslims are trying to take over the world.

“Are you really saying to me that there’s an international Jewish conspiracy to take over the world?”

Banfield answered that Jews have been perpetrators of terrorist attacks as have Muslims, but no one has suggested denying them entry to the U.S.

“The majority [of Muslims] are not crazy like that,” Banfield concluded regarding the majority of Muslims who are peaceful and therefore undeserving of discrimination.

Coverage of Trump’s proposed Muslim ban has dominated television news and digital media on Tuesday with the majority of analysts condemning the real estate mogul along with other leading figures in the Republican party.